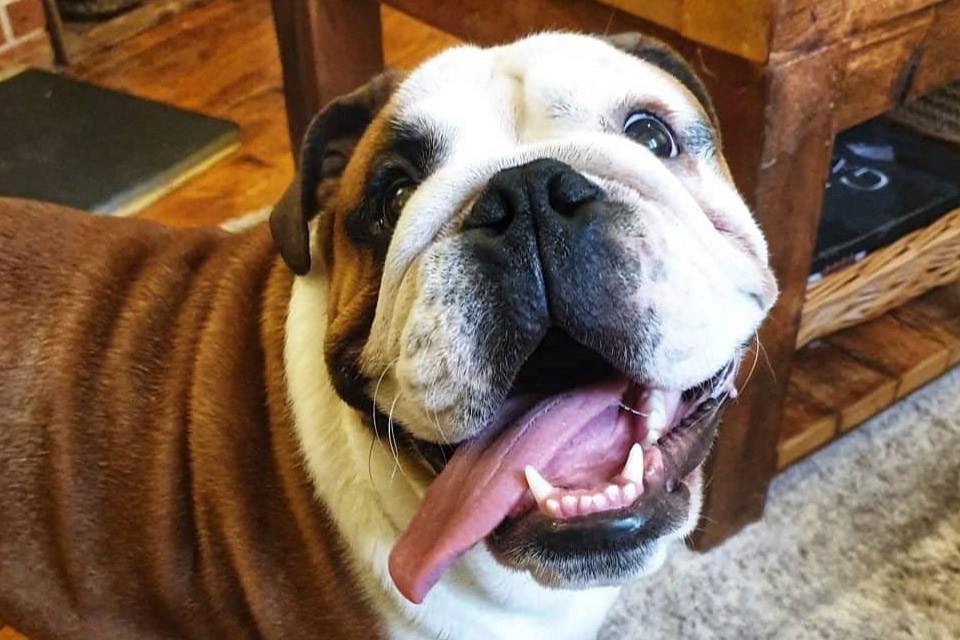 Bear is a cheeky English Bulldog and only two years old.

In August 2020, Bear was spending a lot of time lying on the cold stone floor of his home, and his mum and dad put it down to keeping cool in the heat of late summer. They began to notice, however, that he was drinking a lot more than usual and seemed to be urinating excessively.

Becoming more and more concerned, they took him to their local vet, where a blood test indicated high calcium levels. Their vet was also able to palpate a large mass in his abdomen and they sadly realised that the reason Bear had been lying on the cold floor so much was to ease the discomfort caused by this mass.

An ultrasound was performed and fine-needle aspirates were taken of the mass. Unfortunately, these confirmed that Bear had lymphoma – a cancer that affects the cells of the lymphatic system and which can easily spread through the body. Prompt action was recommended and Bear was immediately referred to the oncology service at our Guildford hospital.

His treatment began with a CT scan to assess the extent of his disease. Once this had been established, a chemotherapy protocol was started with the intention of shrinking the mass, which was situated in his liver. Once the mass had reduced sufficiently in size it would be surgically removed. 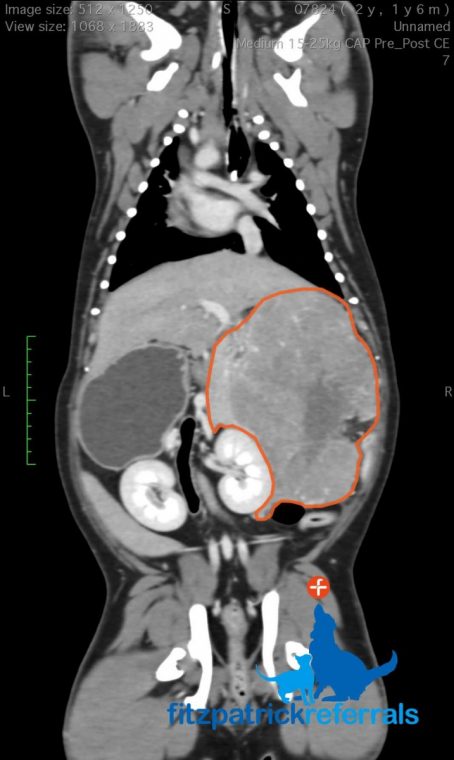 Bear responded so well to the chemotherapy that he ended up not needing surgery at all. Over the next six months, he went through five cycles of chemo with minimal side effects. At the start of the fourth cycle of chemo the mass in his liver was completely gone. Medical Oncologist Dr Quentin Fournier administered a fifth cycle and Bear is now lymphoma-free!

It is recommended that he have an ultrasound every two to three months to keep an eye on things, and his family are thrilled to report that he is doing very well and living his best life, as two-year-old bulldogs should! 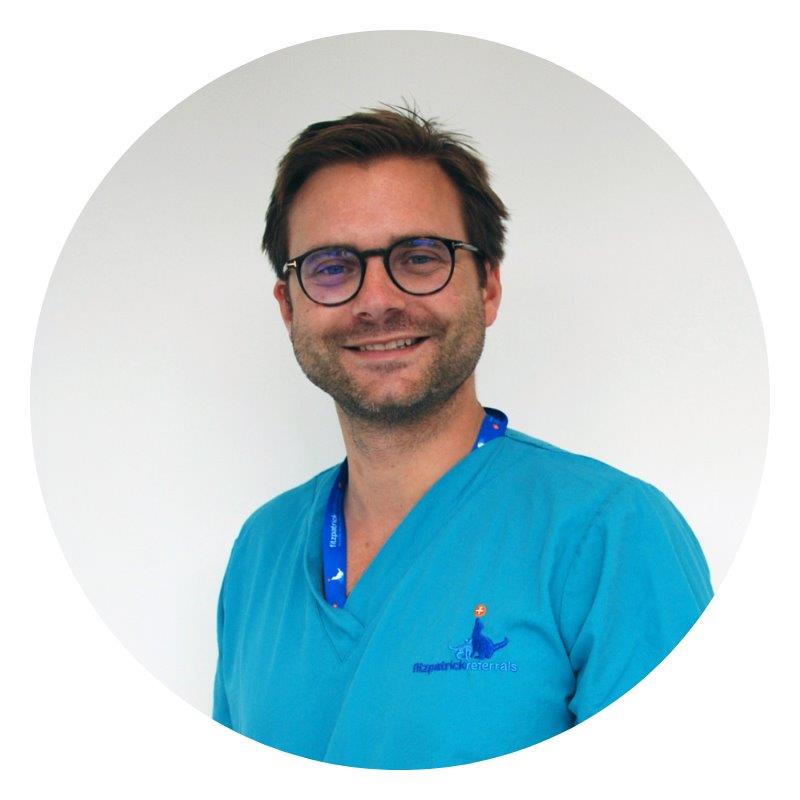 Bear was diagnosed with lymphoma when he was only one year old. We administered a course of chemotherapy longer than the standard protocol to try to make his remission more durable, and although it felt like it was dragging as it neared completion, Bear was always in a good mood! Bear has been a wonderful patient, and we wish him a long and happy remission!