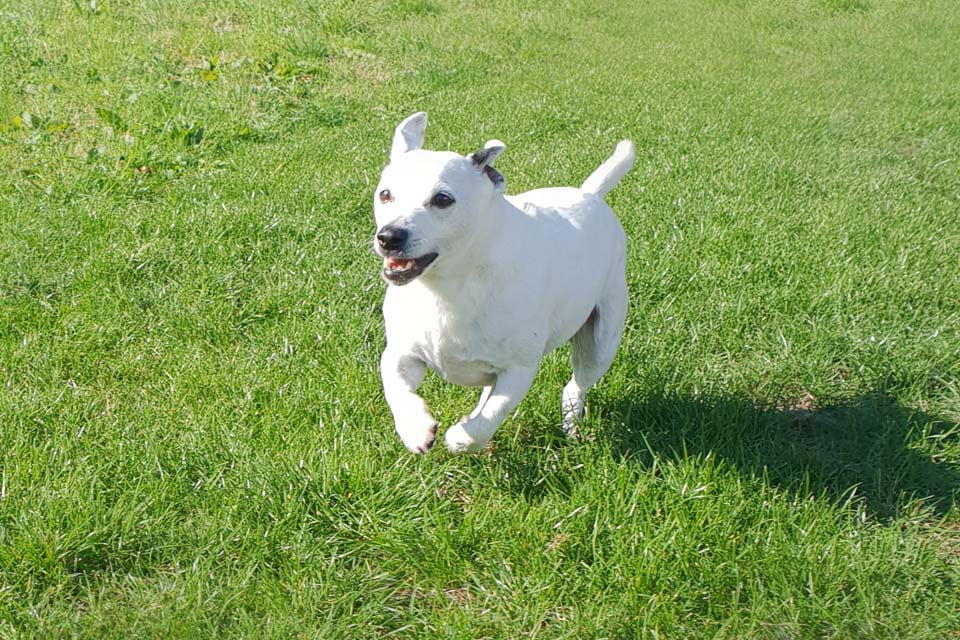 Charlie Cocker is a ten-year-old Jack Russell Terrier who was referred to our Interventional Radiology service with a prostatic tumour.

Charlie was referred from another specialist centre, as the family were keen to pursue further options alongside traditional intravenous chemotherapy. At Fitzpatrick Referrals, patients with prostatic cancer have multiple options available that allow them to live a prolonged and happy life with cancer.

A consultation with Senior Clinician in Interventional Radiology, Gerard McLauchlan and Senior Surgeon Nick Bacon was arranged to discuss every option possible. These included the possibility of surgical removal of his prostate, intravenous chemotherapy (IV) and targeted intra-arterial chemotherapy (IA). After a CT scan of his abdomen and thorax to stage his neoplasia, they identified growth of the tumour along the urethra to the level of the bladder neck, as well as metastatic spread to a regional lymph node.

Charlie’s family opted for him to undergo IA chemotherapy. Charlie received IA vinblastine and recovered well from the procedure – with the family reporting an almost immediate improvement in his defaecation. A follow-up standard protocol of IV Vinblastine and an ultrasound scan were performed two months after the IA treatment – showing a reduction in the size of his prostate from 2cm x 2.8cm to 1.6cm to 1.8cm with no bladder neck involvement. 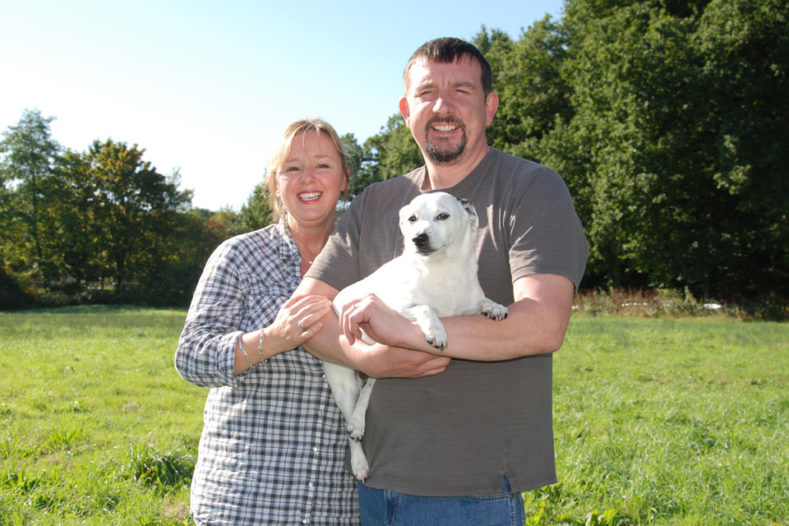 The response seen to the intra-arterial chemotherapy treatment has been remarkable and we hope Charlie continues to respond well to the current treatment.

Charlie continued to receive his IV Vinblastine with no adverse effects however on ultrasound four months later, his prostate had increased to 2.7 x 3.7cm. Charlie’s tumour was therefore no longer in remission and we recommended a change in chemotherapy protocol. Given the excellent success noted from IA treatment previously, his family elected to have IA Carboplatin administered and this was performed without complications.

Following this, another follow up IV treatment was administered every three weeks with his primary care vet. Charlie had a repeat ultrasound performed three months later that showed his prostate had again decreased significantly in size (1.5cm x 2cm) and he remained free of clinical signs.

Keen to discuss the newly available option of prostatic embolisation, his family returned to Fitzpatrick Referrals to discuss this procedure. Prostatic embolisation has shown incredible results in a recent trial performed in UC Davis, California. Ultrasound imaging however showed progression of his prostatic tumour from his previous scan (2.5cm x 2cm) and that the tumour had unfortunately progressed to obstruct his left ureter with resulting hydronephrosis. Following discussion with his family and the clinicians at UC Davis, we decided that embolisation was not the right treatment for Charlie at this time and he received IA Mitoxantrone.

He remains clinically very well at home with minimal clinical signs and his renal values are within reference range. A repeat ultrasound at three weeks shows the IA Mitoxantrone has resulted in an improvement in his obstructed left ureter which is excellent news.

Read more about our interventional radiology and oncology service