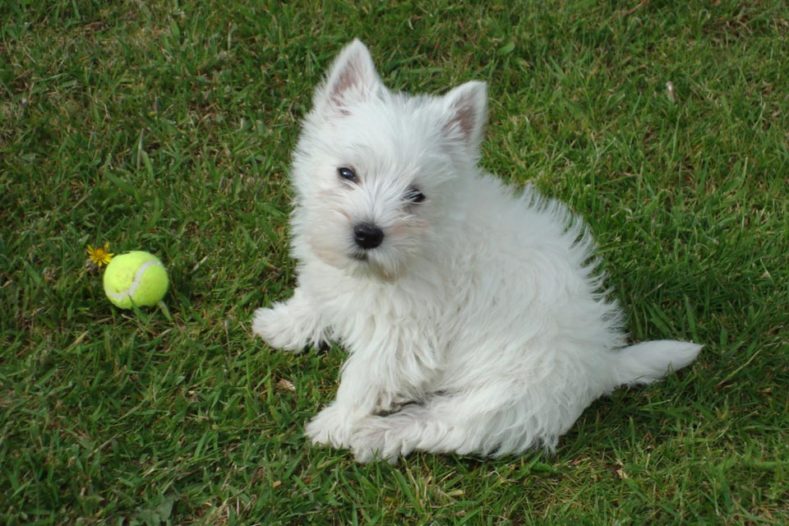 Two-year-old West Highland Terrier Louie Simpson was admitted to Fitzpatrick Referrals Orthopaedics and Neurology after a suspected head trauma following an accident with a stepladder.

After his altercation with a stepladder, Louie was taken to his local primary vet the next day after developing signs of hyperactivity, drooling and a vacant expression. He was also unresponsive when called, hitting obstacles and circling around a perimeter of a room.

Suspecting brain swelling as a delayed complication of head trauma, his local primary vet treated him with a mannitol infusion and a low dose of intravenous fluids. He initially recovered but a couple of days later, Louie deteriorated. He presented with further signs such as difficulty drinking, panting, compulsive walking and walking into obstacles and had a lowered head posture.

Louie was immediately referred to Fitzpatrick Referrals Orthopaedics and Neurology where he was examined by Chief Neurologist Professor Clare Rusbridge. Whilst Clare found him to be relatively responsive, she detected a ventral lateral strabismus in his right eye – a cause for concern, as she suspected intracranial pressure and possible intracranial herniation.

An MRI scan later revealed symmetrical changes that were consistent with a metabolic encephalopathy with high signal through the corona radiata and also through the brain stem nuclei.

This posed a number of explanations but Clare couldn’t rule out inflammatory disease and obtained a sample of cerebrospinal fluid to test for meningitis and encephalitis.

A urine sample was obtained for organic acid urinalysis because this appearance could have been consistent with L2 hydroxyglutaric aciduria (a rare inherited metabolic disease in West Highland Terriers).

In-house blood work prior to anaesthesia showed that the alanine aminotransferase (ALT) was slightly elevated. Preprandial bile acids were low suggesting normal liver function but suspecting that there may be a liver problem Clare retested them but after feeding Louie, the bile acids rose to an extremely high 190 – suggesting Louie did not have a normal functioning liver and was unable to deal with neurotoxic compounds produced by gut bacteria as a normal part of a digestive process.

Clare became suspicious of a hepatic portal shunt – whereby a blood vessel “shunts” the blood coming from the gut past the liver whereupon the neurotoxic compounds affect the brain. She recommended a referral to our oncology and soft tissue centre in Guildford, a low protein diet, lactulose at 5mls three times daily (adjusted to achieve soft faeces) and Synulox™ 50mg twice daily. 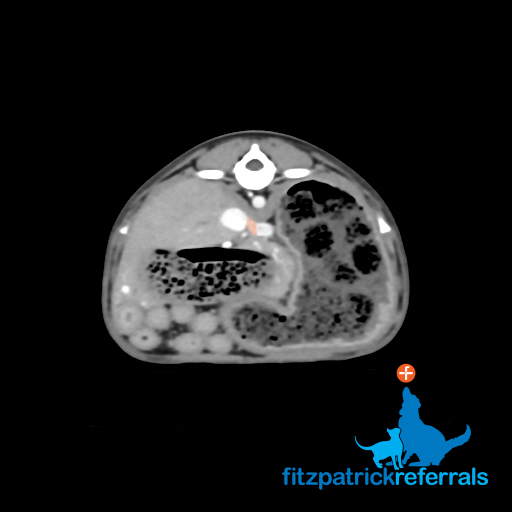 Louie was then referred to Fitzpatrick Referrals Oncology and Soft Tissue hospital where Senior Clinician Laurent Findji instructed a CT angiogram – showing the presence of a large portocaval shunt.

Whilst he was still under anaesthetic, Laurent performed surgery to localise and dissect the shunt. The procedure was a success and Louie recovered without problems from anaesthesia. He remained in hospital for another two days to recover and was sent home to continue his medical treatment.

Read more about our Neurology and Soft Tissue Services