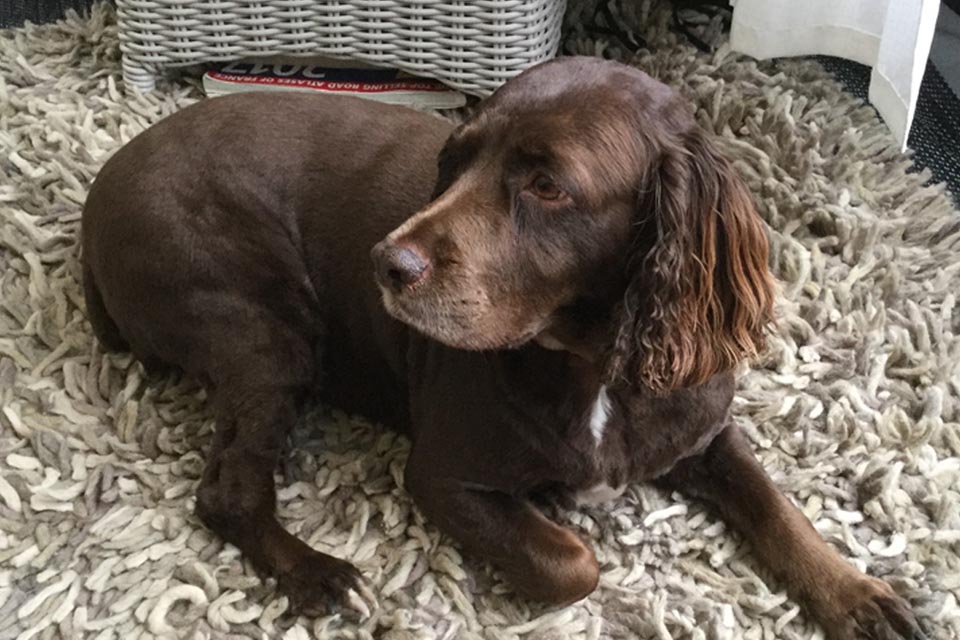 Molly is a 10-year-old Cocker Spaniel who has been coming to our Guildford hospital for treatment of her lymphoma.

In early April 2021, Molly’s family noticed that she was drinking and urinating more than usual. Concerned, they took her to their local vet to be examined. Blood tests showed that Molly had increased kidney values and increased levels of calcium.

She was still generally happy at this point but a few days later she developed a slight cough. Things took a turn for the worse when Molly had a really bad night – she was listless, vomiting and struggling to breathe, and her family feared they might lose her. She was rushed to her local vet again where they performed an x-ray of her chest and an ultrasound of her abdomen. Sadly, the images showed a mass on her left kidney and another one in the chest.

Her family was devastated at these findings and they had to make a decision whether to let her go or to seek specialist care to investigate further. They opted for referral and Molly arrived at our oncology and soft tissue hospital for a consultation with our medical oncology team.

Her bloodwork again showed high kidney values and fine needle aspirate samples were taken of the masses and sent off to an external laboratory. She began what would be a week in our hospital under the care of our nursing team, starting with intravenous fluids and medication to stop her vomiting. She also had a feeding tube placed to ensure her nutritional needs were being met.

The cytology returned the following day and confirmed that Molly was suffering from what appeared to be a mediastinal lymphoma, which had spread to her left kidney. 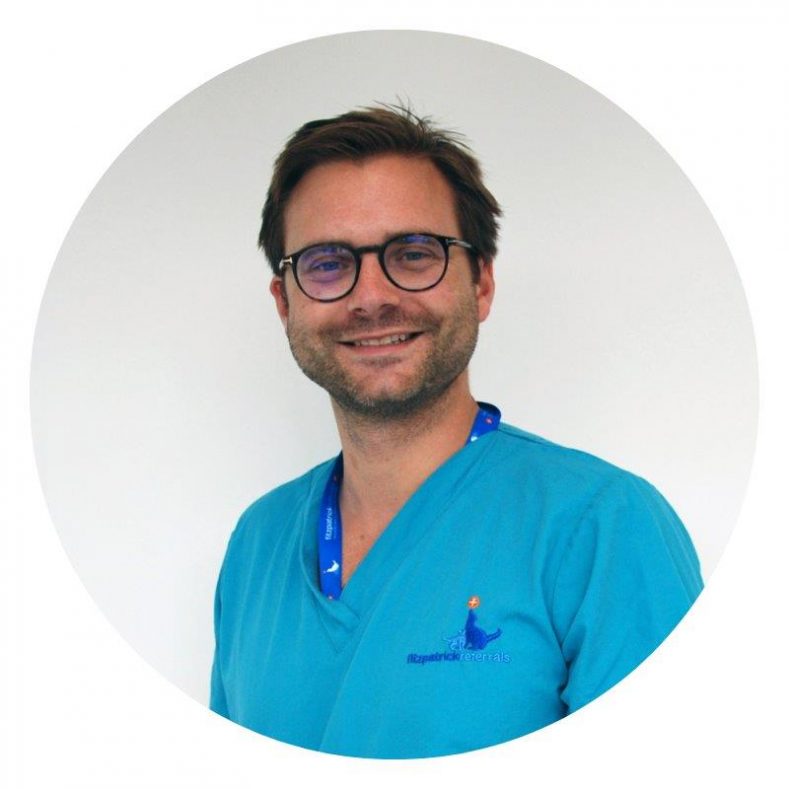 A standard L-CHOP chemotherapy protocol was started, a 25-week treatment – weekly for the first two months and then every two weeks for the next four months.

By week 3 of her chemotherapy protocol, Molly developed severe anaemia, which Medical Oncologist Quentin Fournier suspected could be due to gastrointestinal haemorrhage as she had dark stools. In a critical state, Molly then received an emergency blood transfusion as she had lost more than 2/3 of her blood.

The following week, her lymphoma started to progress. An enlarged lymph node appeared in her neck, and she also developed a swollen leg and a massive thrombus obstructing her jugular vein. Quentin decided it was time to reassess the treatment plan and he came up with a tailor-made protocol for Molly, using a combination of lomustine, a chemotherapy agent; and prednisolone, a steroid.

Molly’s lymphoma responded immediately to the new protocol. After only a few weeks, the thrombus in her jugular had all but disappeared and the lymph node in her neck was completely back to normal. Whilst her lymphoma seemed as though it was finally under control, her anaemia had already reoccurred, indicating that the blood transfusion had only boosted her temporarily. Normally, the body would generate new red blood cells after 2 weeks, but at the 6-week mark, this still hadn’t happened.

A standard L-CHOP chemotherapy protocol was started to treat Molly’s lymphoma. Progression of the lymphoma with forelimb swelling, enlargement of left mandibular lymph node and major left jugular vein thrombosis were noted after 3 weeks, as well as severe anaemia. Change to an individualised modified lomustine/prednisolone chemotherapy protocol was followed by a quick and durable complete remission. Molly had already lost a lot of weight at presentation due to decreased appetite, lethargy and respiratory distress. By the end of her protocol, she gained 3kg and was back to her normal weight!

Quickly after the start of her chemotherapy protocol Molly developed severe anaemia, which was suspected to be due to gastrointestinal haemorrhage as she had dark stools. She received a blood transfusion in emergency as she had lost more than 2/3 of her blood! We hoped that the bleeding would stop with gastrointestinal protectants (smectite, sucralfate, omeprazole), but her severe anaemia recurred quickly after. We would have expected her body to generate new red blood cells after 2 weeks, but it was still not the case 6 weeks later. We were very worried we would lose Molly. Perhaps, the previous lymphoma infiltration within her kidneys stopped them from producing red blood cell hormone. Our last hope was to try to try wake up the red blood cell production by injected hormones (darbopoietin) and iron. Molly had a miraculous response as she doubled her red blood cells in only 2 weeks, and her anaemia progressively recovered by the end of her chemotherapy protocol.

At this point, for a third time, we became very worried that we would lose Molly. Quentin decided to administer a hormone that would help her body produce red blood cells and an iron injection, as a last resort to get her blood levels up. Miraculously, Molly finally began to turn a corner. Within 2 weeks, her red blood cell count had doubled! She began to make a steady recovery and by the end of her protocol, her bloodwork was all back within normal limits. 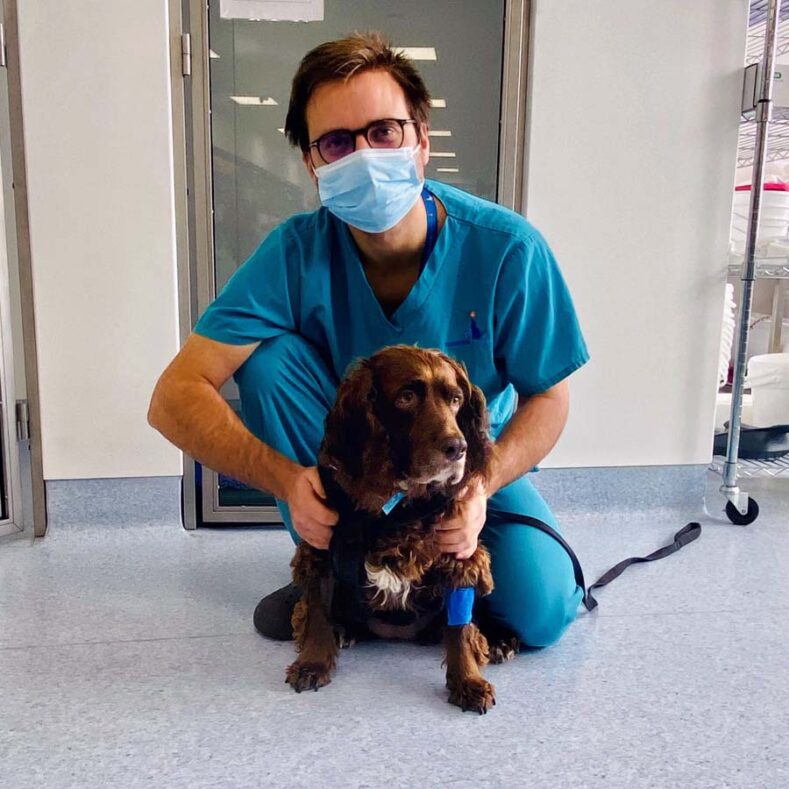 Molly was not only in complete remission but she had also gained three kilograms!

She will need regular monitoring as her lymphoma could return, so we will see her again soon to check her bloods, her urine and for repeat imaging.

For now, her family is thrilled to report that she is back to her old habits at home, stealing shoes and generally being a happy dog again. 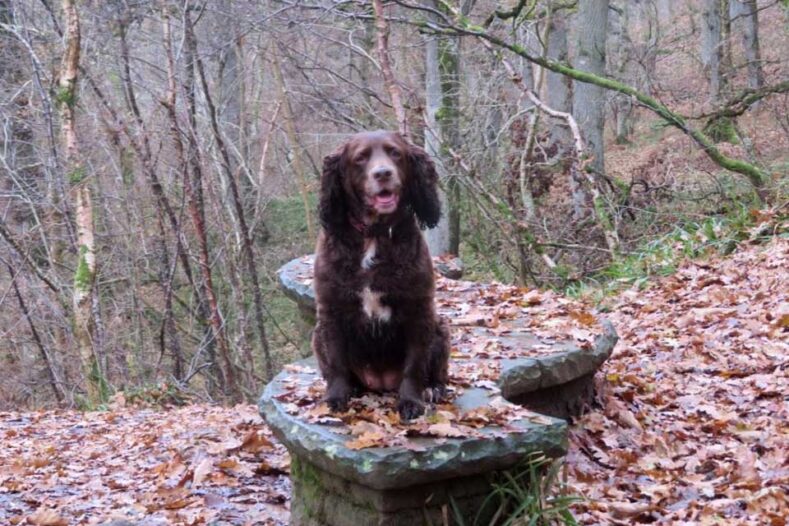 10-year-old Cocker Spaniel Molly enjoying a walk in the woods.

We are so happy that we were able to help this little dog keep on fighting and for her to have more time with her family.