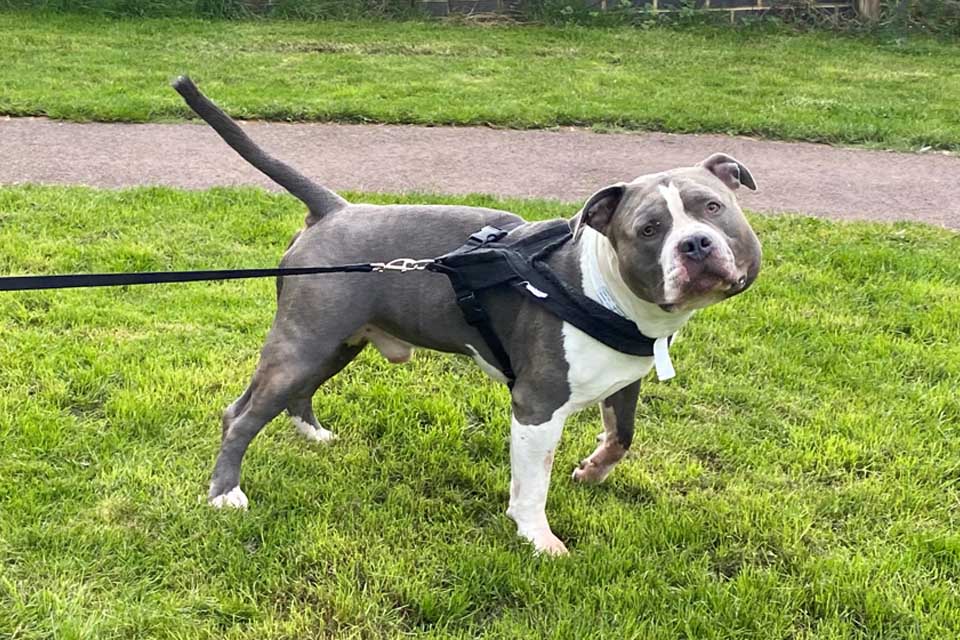 Four-year-old American Bulldog Tait with a suspected sialocele or an abscess on the left side of his face.

Tait is a very handsome four-year-old American Bulldog, who about three months ago developed a swelling on the left side of his face.

He didn’t appear to be in any pain but his mum took him to their local vet to be examined. Tait was put on a course of steroids which helped reduce the swelling but then it began again.

It kept increasing in size, so biopsies were taken and a large amount of fluid was drained from the area. The results from the biopsy showed the mass could be a sialocele, which is when a damaged salivary duct leaks saliva into the surrounding tissue, causing an intense inflammatory reaction.

Tait arrived at our Guildford hospital, where he was seen by Senior Surgeon Dr Jonathan Bray.

Jonathan recommended a CT to obtain a clearer picture of what was causing the swelling. The CT indicated a large amount of fluid in the area so this indicated a sialocele or an abscess. 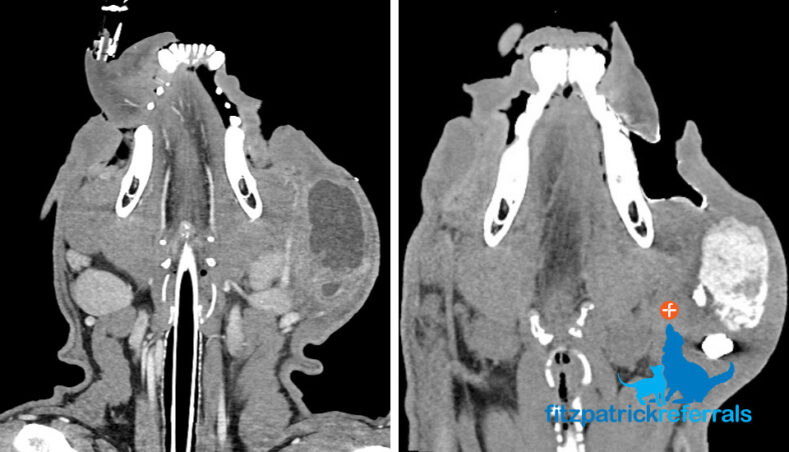 CT scans showing a large amount of fluid in Tait’s left cheek (pictured on the right side). The left image is after a normal IV injection, the second image is after a sialogram, where contrast has been injected directly into the salivary duct.

After a discussion with Tait’s mum, it was decided that the best way forward was to remove the parotid gland, which is the salivary gland closest to the ear.

Dr Bray and Surgical Resident Dr Andrea Galliano operated together to carefully remove the gland without damaging the facial nerve and a drain was placed to prevent a reoccurrence of fluid build-up in the surgical site. Tait was then placed under the care of our nursing team to recover from the surgery and the gland was sent to a laboratory for analysis.

After a couple of days of monitoring Tait was very happy to be able to go home and recover further with his family.

The results came back from the laboratory indicating severe inflammation and abscess but no evidence of any neoplasia, which was really good news.

We wish Tait a speedy recovery!