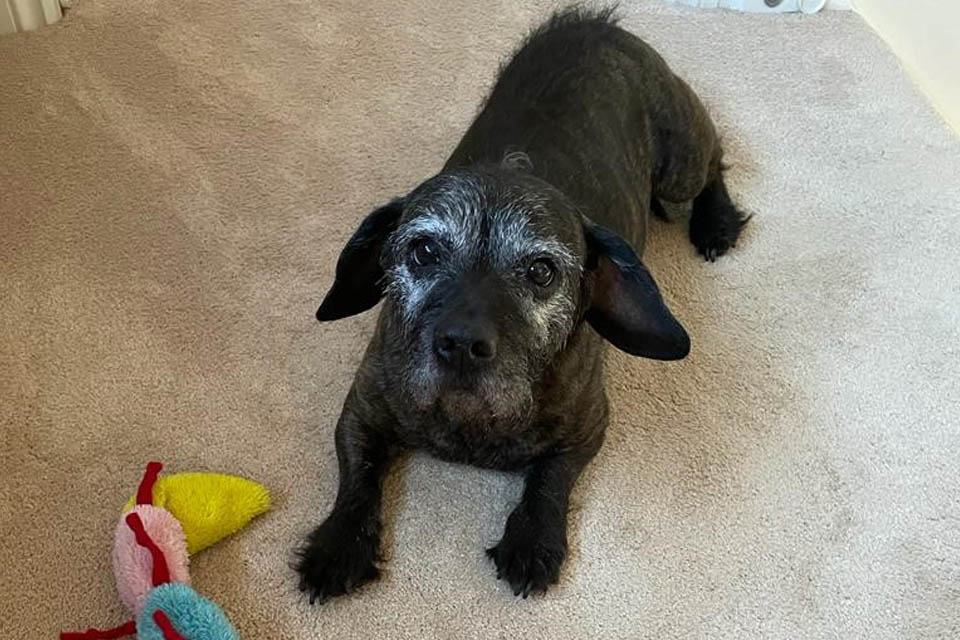 Almost two years ago, Fidget, a Dachshund/French Bulldog cross, came to visit our oncology and soft tissue hospital after presenting with blood in her urine.

After her initial consultation with Professor Nick Bacon, it was agreed that the next step would be to perform a CT scan. The CT scan revealed an extensive mass on the dorsal aspect of the bladder (Figure 1). The regional lymph nodes were within normal limits and there was no obvious sign of distant metastasis in the abdomen nor the lungs. A cystoscopy was performed during the same general anaesthetic (Figure 2), in order to take some biopsies of the mass. 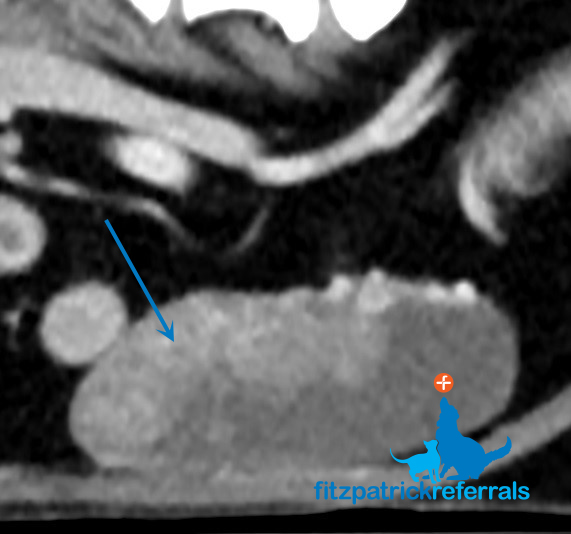 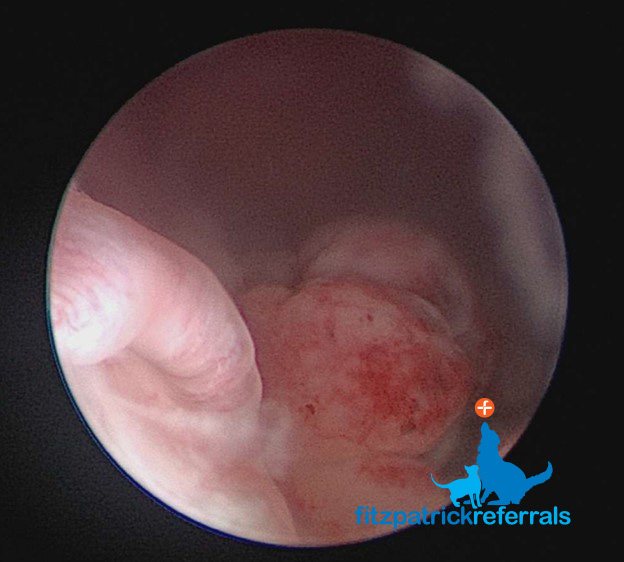 Histological analysis of the mass confirmed it was a urothelial carcinoma, the most common form of bladder cancer. As in most cases of bladder cancer in dogs, her mass was too extensive to be removed surgically.

Due to surgery not being an option for Fidget, her care was transferred to our medical oncology team, under the care of Dr Quentin Fournier, and she was started on a course of anti-inflammatories and chemotherapy immediately. This is the current gold standard treatment of extensive bladder cancer in dogs. It is not curative, but it can slow down the growth of the cancer and allow a good control of the urination issues in > 80% of cases.

Shortly after starting her treatment, Fidget’s urination came back to normal. She has been having regular bladder ultrasounds to monitor the response of her cancer to her chemotherapy treatments (Figure 3). 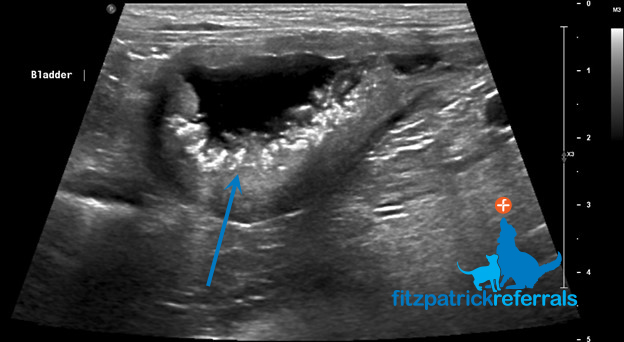 Her cancer has been progressing slowly over time and we had to adapt and change her protocols every few months. So far, Fidget has received 4 different types of anti-inflammatories and 6 different types of chemotherapy drugs (Figure 4).

More recently, her cancer has started to obstruct the urine flow out of her kidneys so the medical oncology team is still trying to find other alternatives, but Fidget is still happy, bouncy and has a great quality of life almost two years after her initial diagnosis and is now 12 years old! Reported average survival times of bladder cancer are generally between 5 and 11 months, but longer survivals can be achieved if multiple sequential treatments are prescribed, as demonstrated by Fidget!

Our team always look forward to Fidget’s visits and hope that she can continue to break survival times for this disease.