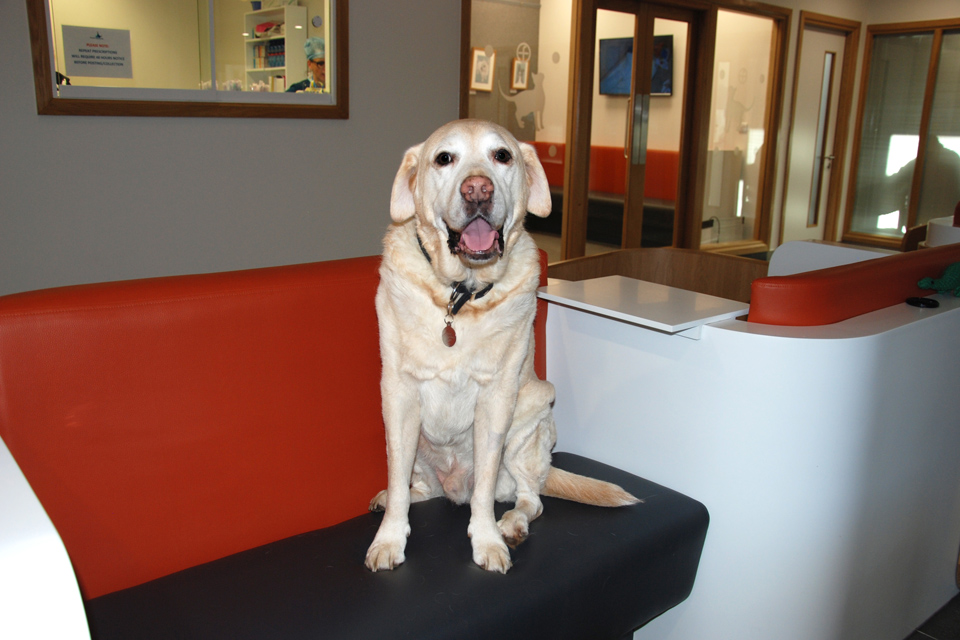 Monty and his family had an initial consultation with Professor Nick Bacon who examined Monty and identified sublumbar lymphadenopathy on rectal examination. The treatment plan started with a contrast CT scan of the thorax, abdomen and pelvis, to help with surgical planning and tumour staging.

A second surgery was required several months later to remove this new nodal metastasis via a caudal laparotomy.

A second surgery was required several months later to remove this new nodal metastasis via a caudal laparotomy.

The pathology results were discussed with the family by our former Medical Oncologist, Dr Kelvin Kow, who explained the likely progression of Monty’s disease and the treatment options that were available. It was explained that all grossly detectable disease has been removed but it was likely that cancer would recur within the abdominal lymph nodes in the future. Monty’s family were keen to pursue adjuvant chemotherapy and after an original combination of carboplatin and mitoxantrone, he is currently on the Tyrosine Kinase Inhibitor Palladia three times a week. 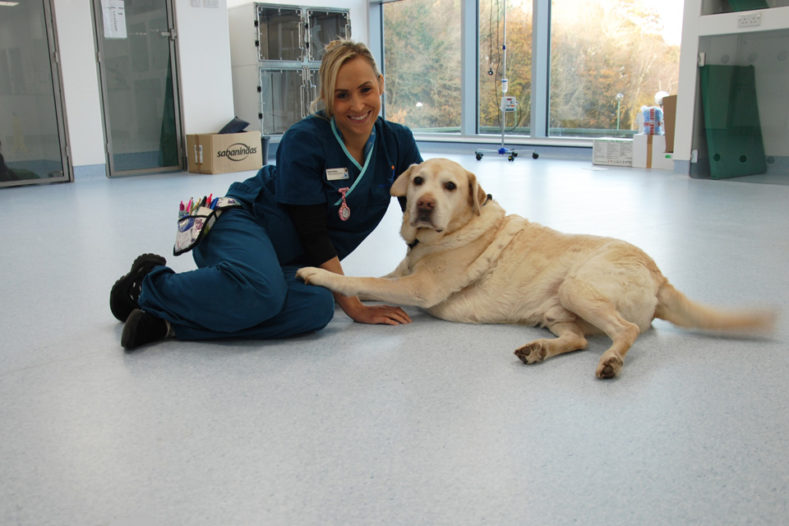 Since 2016, we have continued to monitor for metastasis with abdominal ultrasound or CT. Monty has had two small procedures to remove positive lymph nodes in the past two years, but throughout Monty has been running around, is bright and comfortable, and enjoys playing with the grandchildren. Nobody has told Monty life should be any different.

Monty has the most wonderful personality. He loves lots of affection and cuddles and mostly very obedient, but can be very mischievous. I have found over the years of walking him all dogs seem to love being with him and playing. We walk with young puppies sometimes and he likes to supervise their play with the other dogs, he can be quite bossy!

Monty is doing well. If he is not feeling quite up to the mark, he will tell me, especially on walks. He will stop and not want to go any further, so we just go back home and take it very easily. I have to know all of the signs of Monty not feeling too good and we work it out together. Overall, despite his cancer diagnosis, Monty is as happy as ever and continues to enjoy life as always.

I have found Fitzpatrick Referrals to be a lovely place full of warmth and kindness. It all starts at the reception with the warm welcome and attention given to Monty. Monty loves going to see all of his friends. He is out of the car in a flash to go ‘in to see his girlfriends’… and the gravy bones of course! He is also very content to go and have his treatment upstairs and see everyone there too. I know that he is up there with very caring professionals. 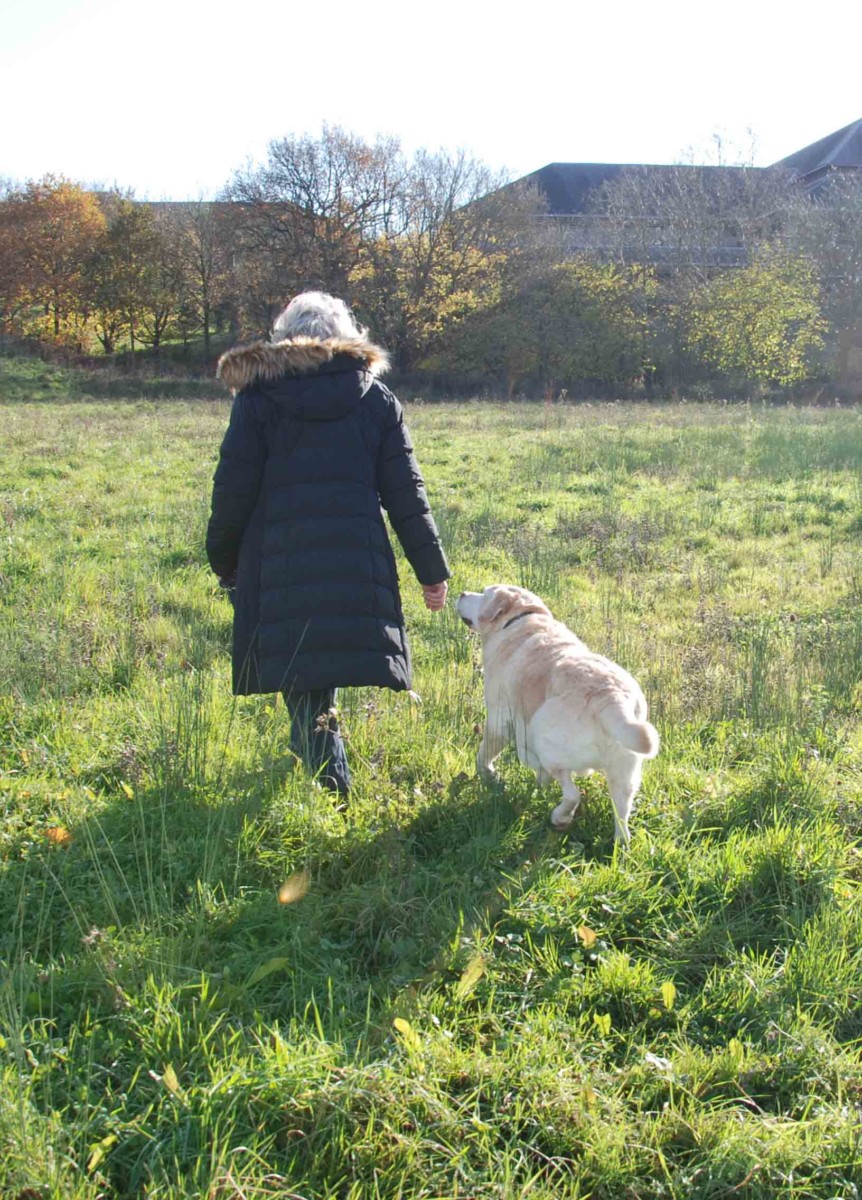 Monty and his mum Sylvia walking in the fields near Fitzpatrick Referrals Oncology and Soft Tissue. 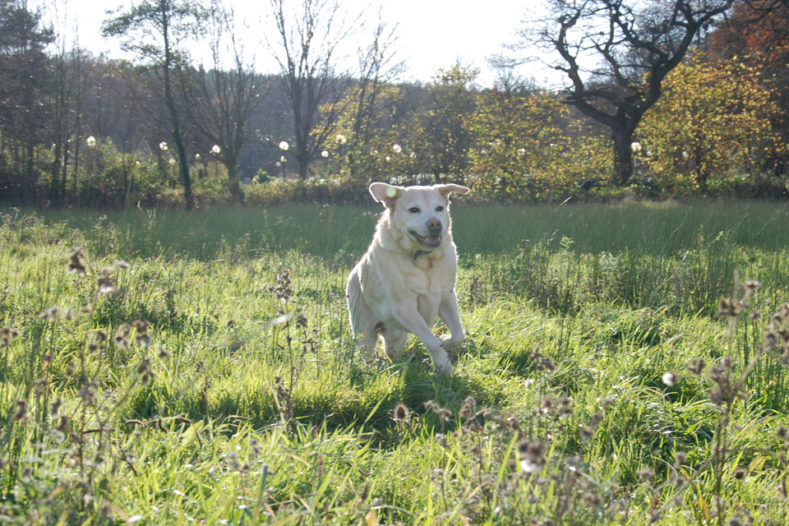