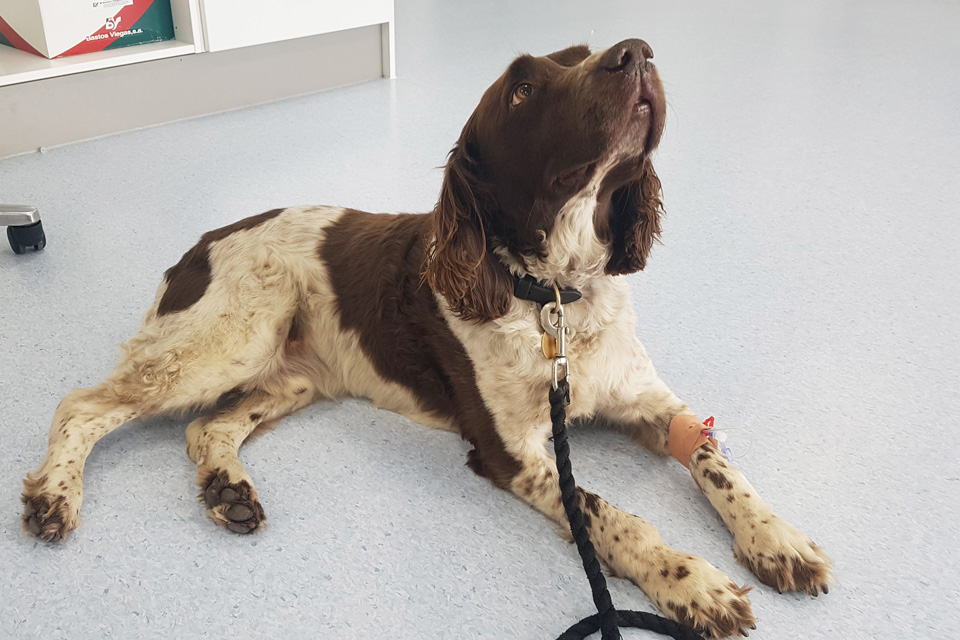 11-year-old English Springer Spaniel Wotsit visited Fitzpatrick Referrals Oncology and Soft Tissue hospital in Guildford in November 2016 having been diagnosed with a neoplastic mass in the left cranial lung lobe.

After speaking with their specialist Professor Nick Bacon, Wotsit’s family decided to go ahead with the thoracic surgery, on the understanding that Nick would call them during surgery should problems arise.

Surgery went very well – Nick was able to remove the mass and keep some of the left cranial lung and there was no sign of spread to any other lung lobe. At surgery, three enlarged lymph nodes were also removed from the base of the heart. All of the tissues removed were sent for histopathology.

The histopathology results returned showing that Wotsit’s lung mass was an adenocarcinoma with many features of an aggressive tumour and had also unfortunately metastasised to all three lymph nodes. Nick got in touch with both Wotsit’s family and their primary care clinician to inform them of the results, and to discuss the next step assuring them that quality of life was at the forefront of the treatment plan. Nick warned the expected survival with this stage of disease was now quite guarded but we would do our best to keep him happy for as long as possible.

Wotsit started on chemotherapy in December 2016 on a protocol of alternating vinorelbine and carboplatin and made regular visits to the team to have chemotherapy and restaging. He tolerated chemotherapy well and continued to live a normal life at home with his family.

In June 2017, evidence of early metastatic pulmonary disease was found on radiographs. The family discussed possible options and opted for palliative therapy. Wotsit enrolled on a metronomic chemotherapy trial being run in-house (in collaboration with the Royal Veterinary College), and he did well on this until November 2017 when he developed the chemotherapy-associated side-effect of sterile cystitis. Additional radiographs showed that the pulmonary mass had doubled in size since June but his family reported that Wotsit was very active with a great quality of life and so the team investigated further therapies. 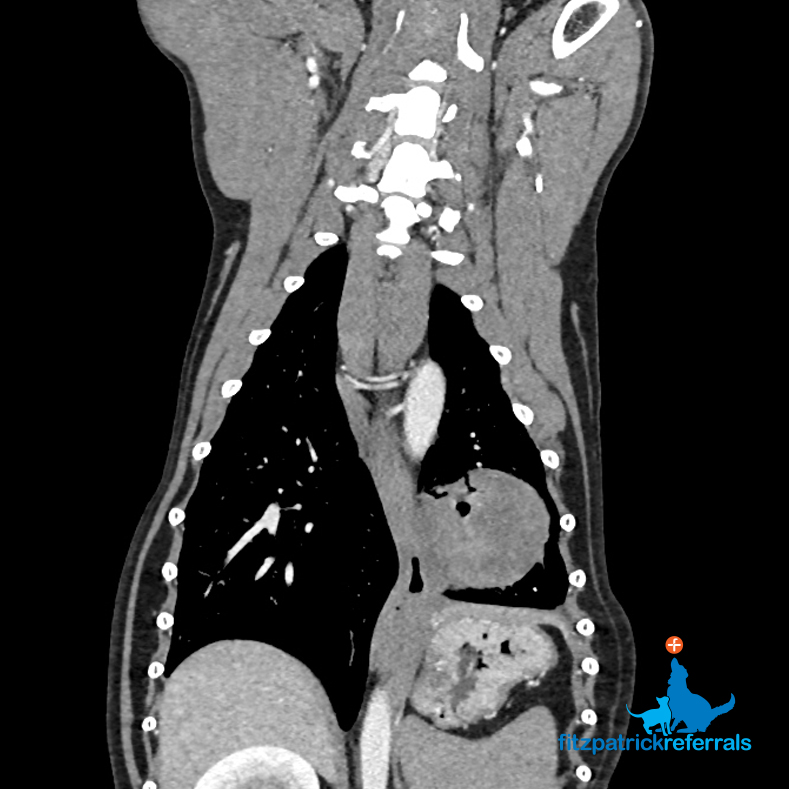 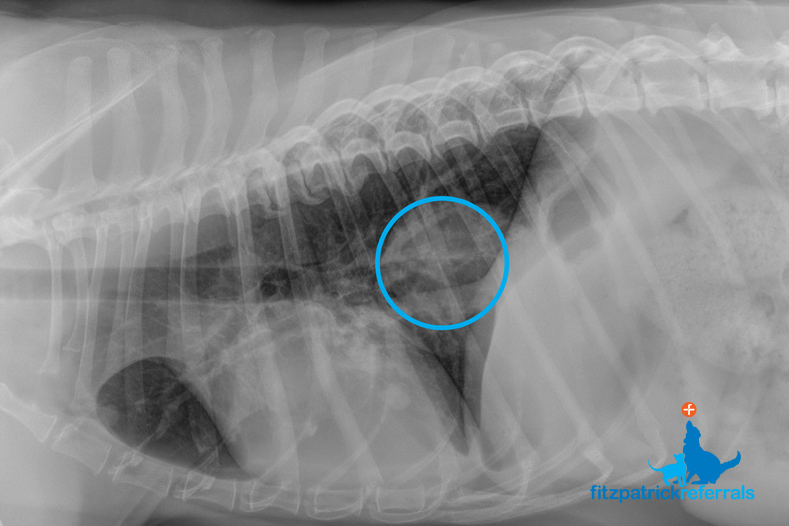 In January 2018, Dr Gerard McLauchlan our Interventional Radiologist, assisted by a Radiology Consultant from The Royal Surrey Hospital, was able to deliver intra-arterial mitoxantrone chemotherapy down the bronchial artery directly to the lung lobe containing the metastasis. Three weeks after this dose the team were happy to report a reduction in size of the tumour on radiographs and so the protocol was continued by the more conventional intravenous route.

Wotsit remained bright and happy and was last seen by us for chemotherapy on 16th May 2018. Under the care of Dr Iain Grant, Wotsit still makes regular trips to see the team who monitor his ongoing condition and can make sure that his quality of life is always at the forefront of his treatment.

Traditionally a patient with a diagnosis of pulmonary carcinoma metastatic to lymph nodes would not survive long, with 95% patients reportedly lost within six months (Journal of Small Animal Practice, 2008). With modern therapies, experienced cancer clinicians, and regular checkups, Wotsit is living a full and happy life 18 months after diagnosis and his family have been able to spend time with him that they originally did not think they had. Wotsit has done remarkably well and continues to do so – a great example of a patient living well with cancer.