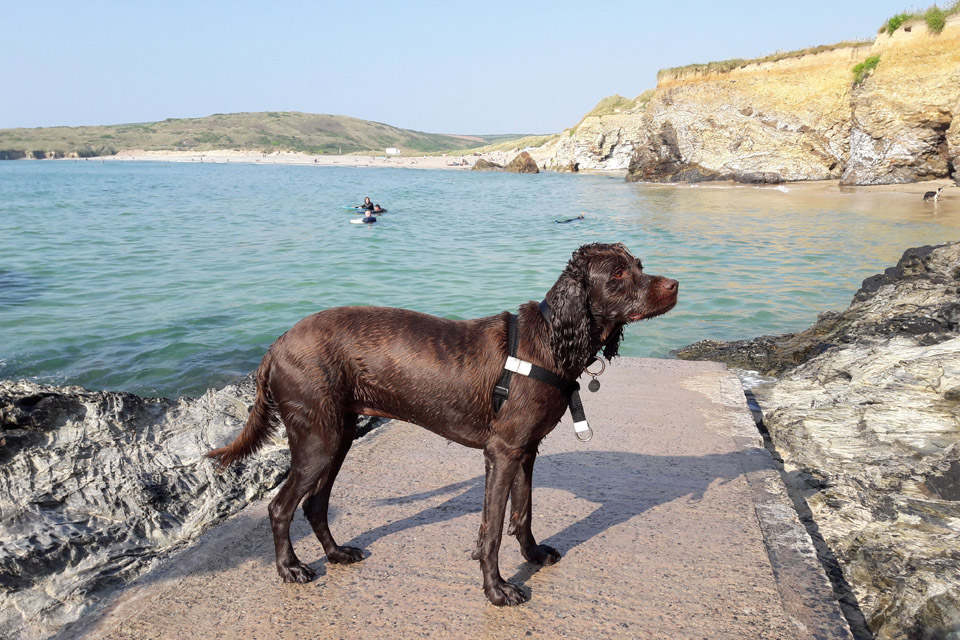 Shiver at a beach near St Ives, Cornwall, the day before her accident.

Four-year-old Shiver is a sweet Springer Spaniel / Labrador cross who lives with her family in Surrey. Earlier in the summer, Shiver was referred urgently to Fitzpatrick Referrals Orthopaedics and Neurology, after she had a terrible accident where she fell 25 metres off a cliff in Cornwall.

Shiver was on a camping holiday with her family in St Ives in Cornwall and on her first day enjoyed a walk down to the beach and a swim in the sea.

On the second day, whilst walking down towards the coastal path off-lead, Shiver’s dad went to call her back to put her on her lead but feeling confident in her new surroundings she’d already run off ahead and was nowhere to be seen. Tragically, Shiver had run over the cliff edge, falling 25 metres onto the rocks below.

The lifeguards on the beach were a fantastic help with the rescue, driving around the cliffs to find Shiver. She was found badly injured but had moved slightly. Using a towel, we lifted her gently into the truck and the lifeguards called ahead to the local vets in Hayle to let them know about the emergency and that Shiver was on her way.

Shiver was taken to see vet Steve Wyatt at Hayle Veterinary Surgery, a ten-minute drive away. X-rays showed that Shiver had severely fractured her left hind leg and dislocated her right wrist, which would need an orthopaedic specialist to treat. Shiver was given pain relief and spent the night at the vets in Hayle, before travelling to Fitzpatrick Referrals the next day.

She was admitted under the care of Surgical Resident Diogo Miraldo and underwent a 6-hour surgery to repair her fractured hind leg, fuse her wrist and clean all her wounds. 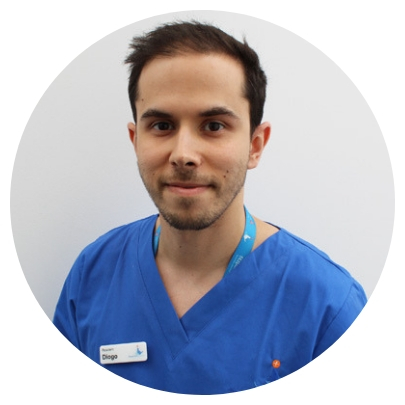 When Shiver arrived at Fitzpatrick Referrals following her fall from a cliff, we took some radiographs that showed a nasty complex fracture of the left femur and severe disruption of her right carpus (wrist). The femoral fracture was repaired with an intra-medullar pin, a plate and screws and the wrist was fused permanently, also with a special plate and screws.

Shiver was the most lovely patient while in hospital and I’m so pleased to see that she is recovering well from this terrible accident.

Before and after x-rays 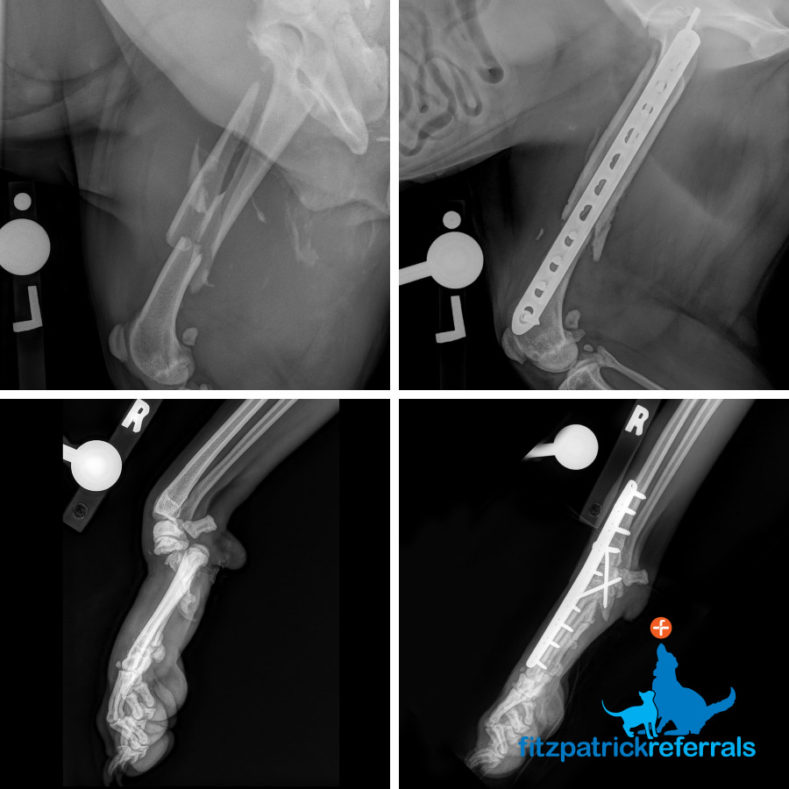 Shiver stayed at the practice for supportive treatment and post-operative monitoring from the team, whilst she recovered from her ordeal.

A week later, she was able to walk and went home to continue her recovery under strict crate rest for six weeks.

Over a further six weeks, Shiver’s family were able to gradually increase her exercise and take her for underwater treadmill therapy to help build up her muscle mass. 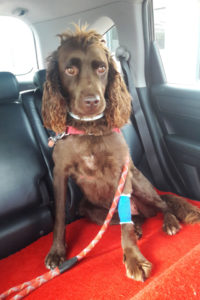 Shiver six weeks after her accident.

12 weeks later, Shiver returned to the practice for a check-up with Surgical Resident Eirik Kvale and for follow-up x-rays, which showed she was healing nicely and her implants were stable.

Shiver is a lively, excitable, happy dog and has been very well behaved resting during her recovery. Everyone involved in Shiver’s recovery has been marvellous. 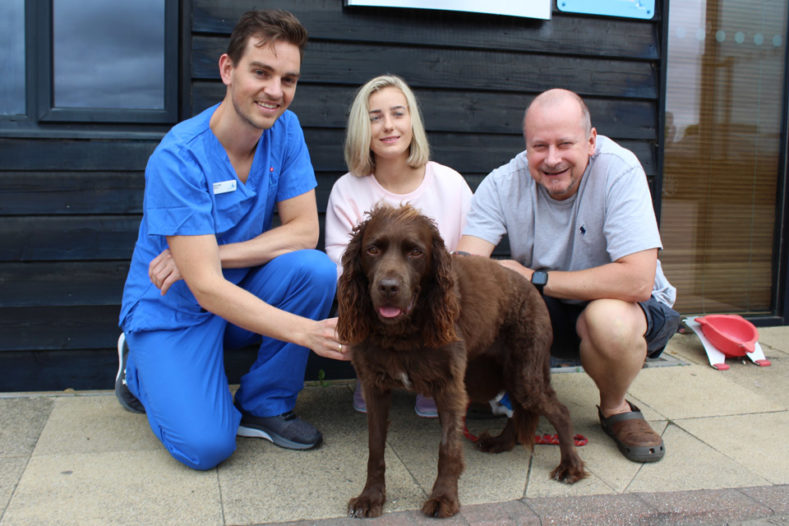 Read more about our Orthopaedic Service