Ellie is a wonderful, much loved Great Dane, who was referred to the clinic because she had developed an acute ataxia, or unsteadiness, in her hind limbs. Ellie was also weak on her front legs and was exhibiting neurological signs that showed the information from her legs about where they were in space, described medically as proprioception, was not getting to her brain. These symptoms are often associated with problems at the base of the neck.

After a long and heartbreaking discussion with Ellie’s owners, it was decided that the best course of action was surgery to try and alleviate Ellie’s neurological problem. Distraction of the affected bones followed by fusion of all the bones was carried at all three sites by placing an intervertebral distraction screw (FITS, Fitz intervertebral Traction Screw) between each vertebral body to replace the discs and then joining each of the three vertebrae using plates anchored to each vertebral body, linked together with rods and linked to the inter-vertebral screws. Bone harvested from both of Ellie’s shoulder joints and was packed along the ventral surfaces of C4, C5, C6 and C7 to help encourage the bones of the neck to fuse together.

Within 48 hours of surgery, Ellie was able to stand and walk with assistance – a major improvement from pre-surgery. Ellie stayed with us for a further week at the clinic for postoperative care, analgesia and appropriate physiotherapy before being reunited with her owners at home. 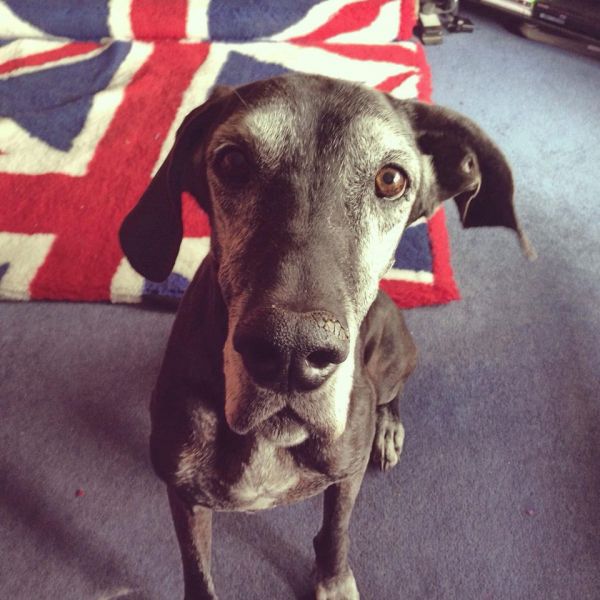 To read more about Ellie’s life visit her website: Elliethesuperdane.com