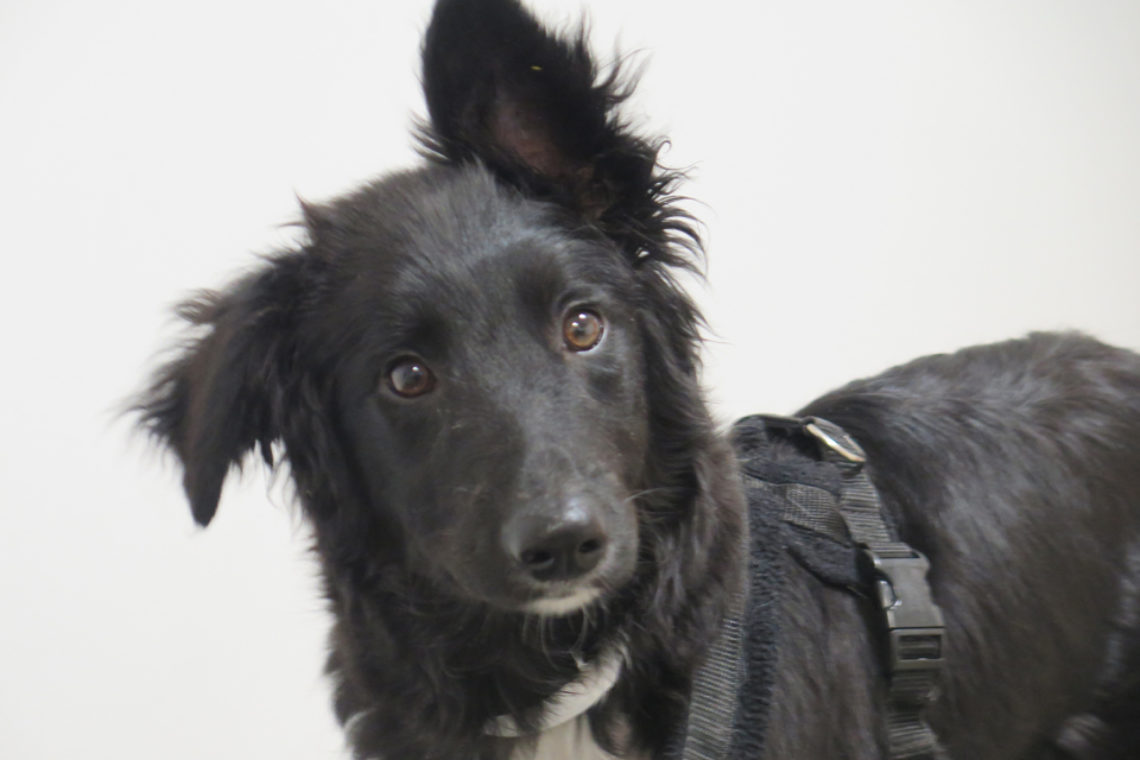 Teddy is an adorable five-month-old puppy from Bridgend in Wales. He was referred to Fitzpatrick Referrals Orthopaedics and Neurology, by his vet for assessment of a gait abnormality.

He was described as a normal, happy puppy earlier this year, however, in March 2018 he was described as “not himself” and was wobbly, laying down to eat, unable to do stairs, had developed a right-sided head tilt and had poor spatial awareness.

Teddy was referred to see our Chief of Neurology, Clare Rusbridge. 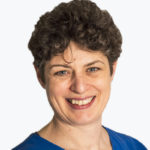 On clinical and neurological examination, I found that Teddy was a quiet, sleepy puppy with a tendency to be irritable when handled.

He had a right-sided head tilt and struggled with his balance and coordination. Teddy had a domed skull compared to photos seen of him with his sister who has a very flat skull.

An MRI scan showed that Teddy had hydrocephalus – a condition that causes a build-up of excess cerebrospinal fluid (CSF) in the brain – and also a severe syringomyelia (fluid-filled cavities) of the spinal cord. 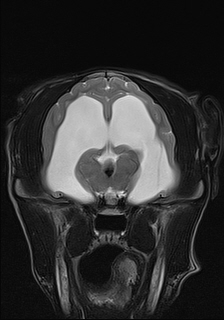 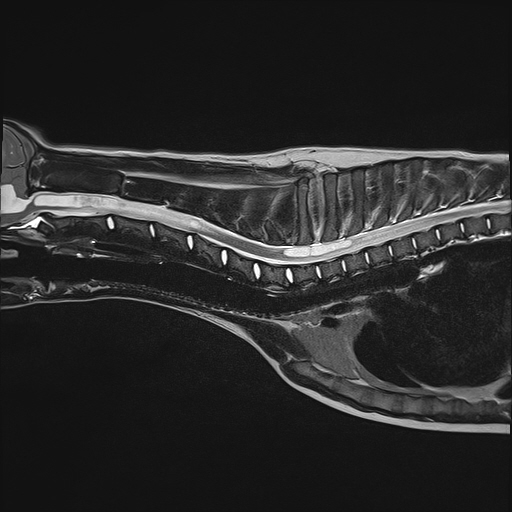 The options for Teddy were very limited. Medical management of hydrocephalus, especially with such a severe case, was unlikely to give good long-term results. The most common surgical management of hydrocephalus in the dog is a ventricular to peritoneal shunt. This delicate and highly complex procedure involves a tube being inserted through the top of Teddy’s skull and into the fluid in his brain. This tube is then connected to a valve in his neck to control the speed of fluid draining into a second tube running under Teddy’s skin to his abdomen. Here the excess fluid will be absorbed back into his body.

After discussion with Teddy’s family, they elected for this advanced surgical procedure.

Following surgery, he received round-the-clock care in our intensive care ward and he made a good recovery from the procedure, with his balance and coordination much improved. 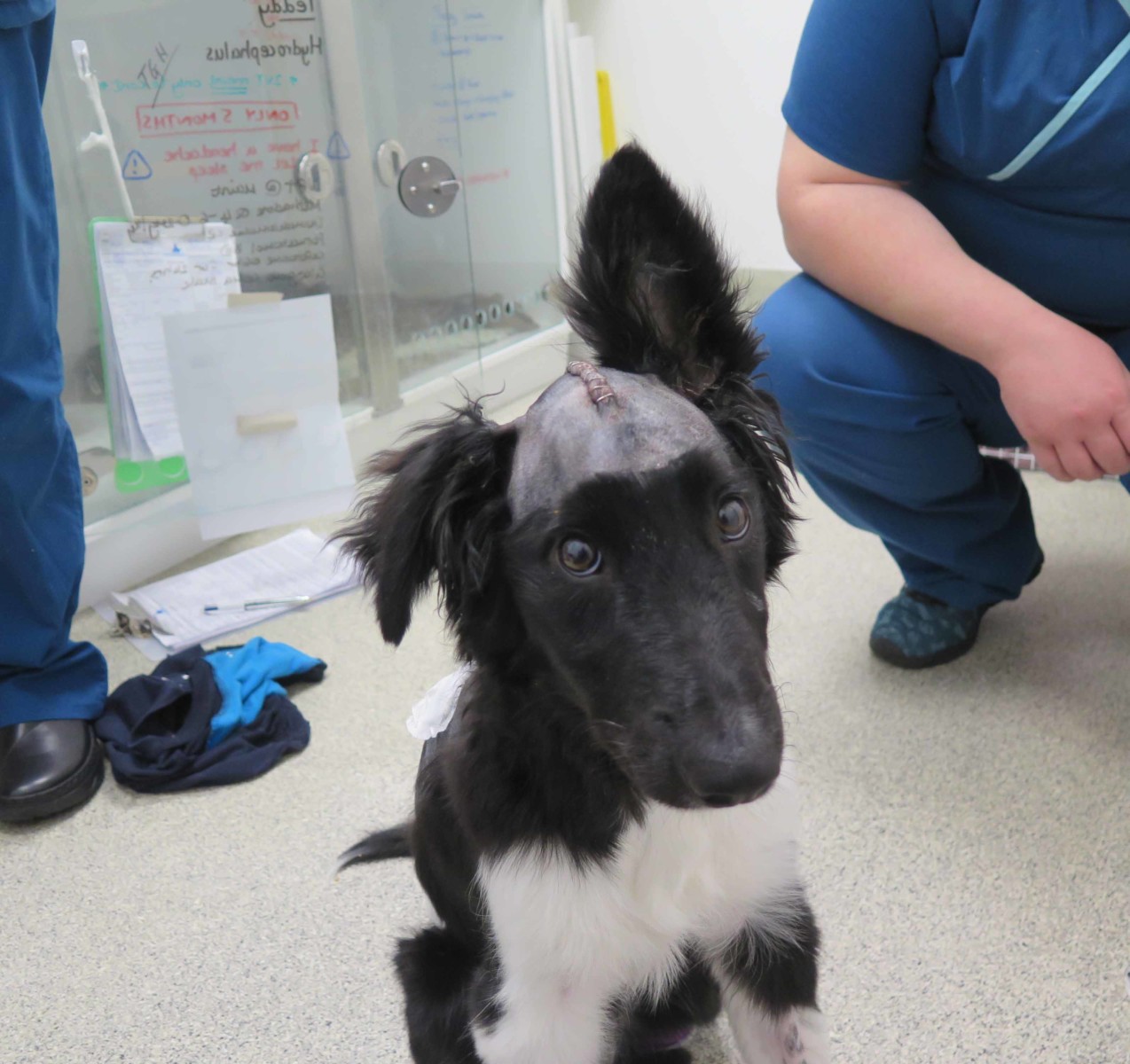 Five days later, Teddy was ready to continue his recovery at home with his family, back in Wales.

Teddy’s mum Debbie sent us this update on his recovery, 8 days after surgery: 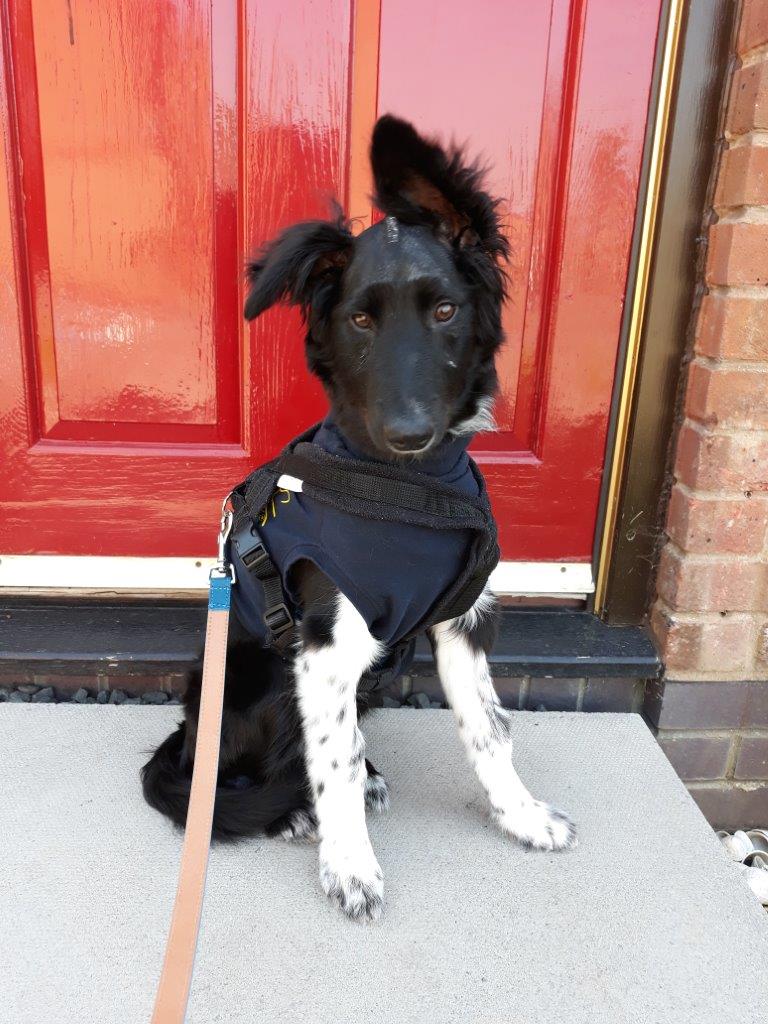 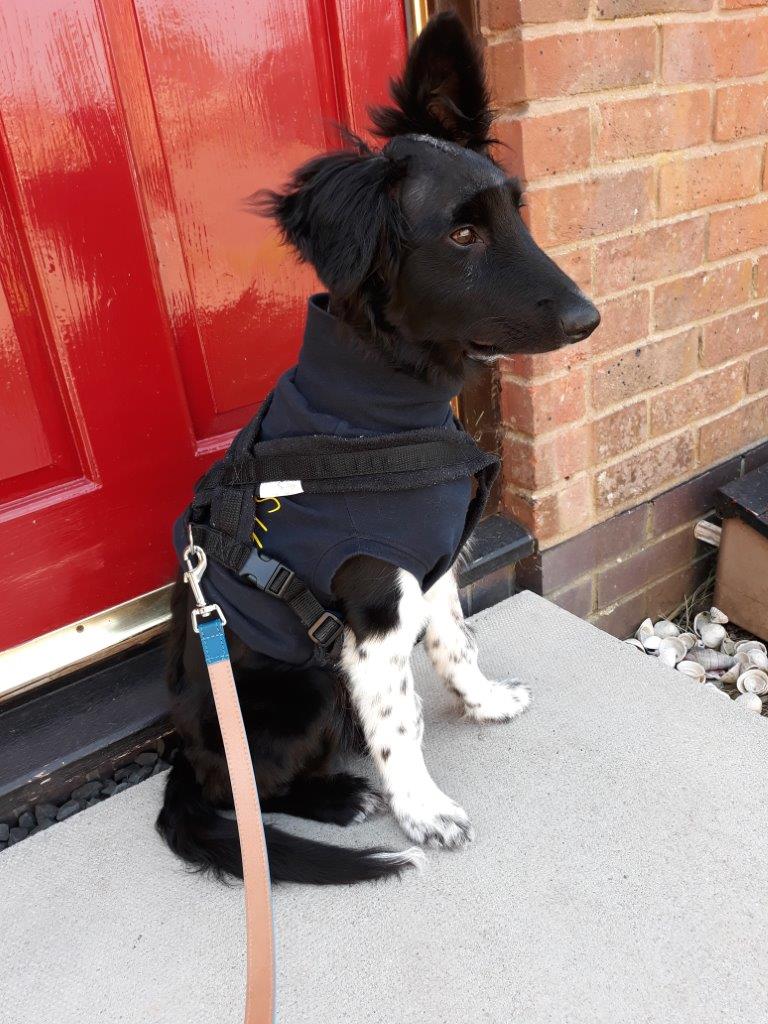 I am totally amazed by Teddy’s progress and I truly cannot ever thank you personally enough and all the wonderful Fitzpatrick nurses and staff. You are all truly amazing.

He is eating well, being good, leaving his clips alone and he is doing his 5 minute walks daily. Teddy is as good as gold in his crate overnight – I am putting him in his little suit so he can’t get to the clips as he has itchy skin.

Teddy’s mobility is amazing – so stable now – and he trots along. He is very alert visually and even his hearing has improved. There’s hardly any head tilt.

Teddy is back to being a very active, very cheeky and a happy waggy-tailed little boy. Totally full of life now.”

We are working on trust touch with him at this time as he can be reactive at times if he not sure what is happening when putting his harness on or going to touch him. This is improving daily though and he is starting to come of his own accord to us now for reassurance and a fuss.

From the bottom of mine and the Tedster’s heart, a massive heartfelt thank you.

Teddy came back to Fitzpatrick Referrals recently for his five-week check-up with Clare Rusbridge and postoperative MRI scan. 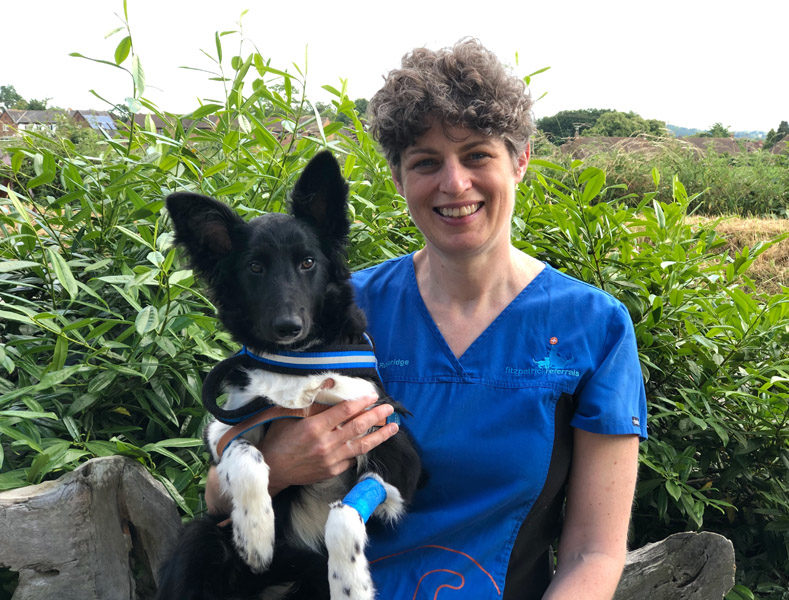 He has continued to do well and his postoperative MRI at 5 weeks after surgery show that the syringomyelia is mostly resolved and the ventricles are much smaller.

Teddy has better vision, is more active, able to do stairs and play, and has a more normal walking ability. 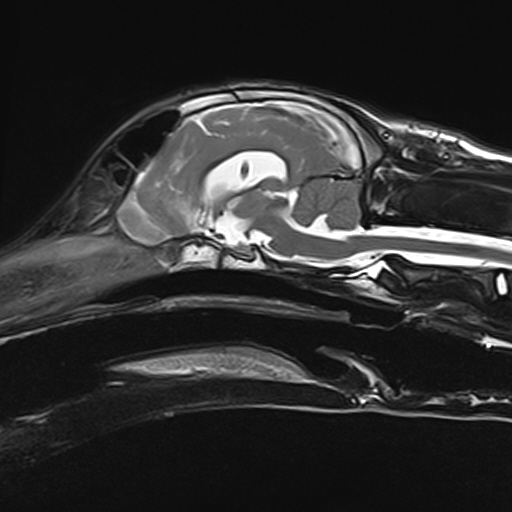 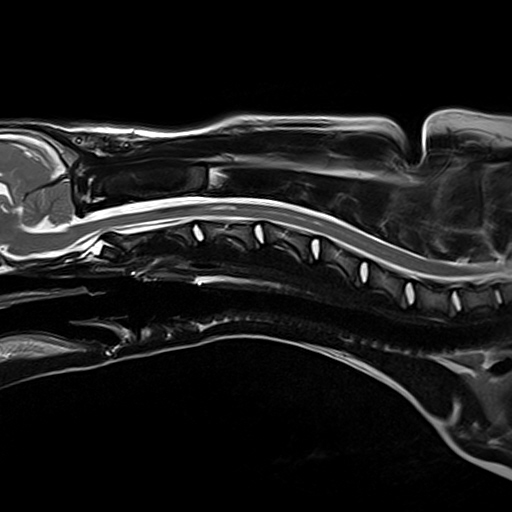