11 Neurology questions that every vet will want to know 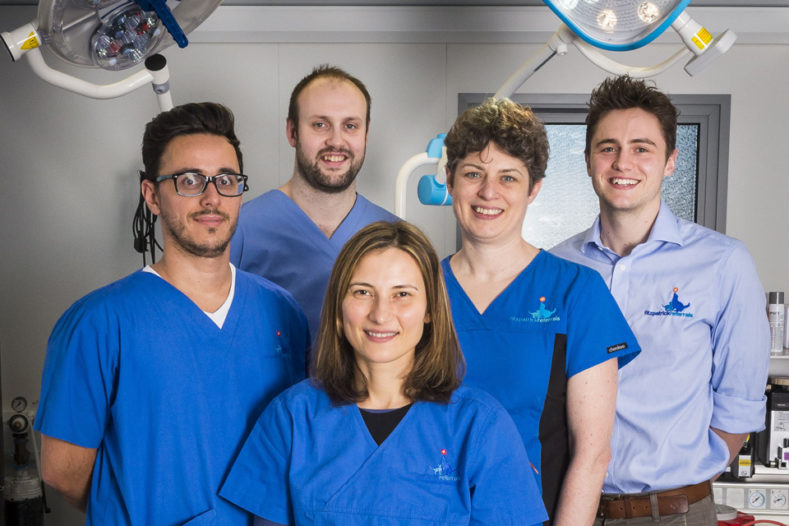 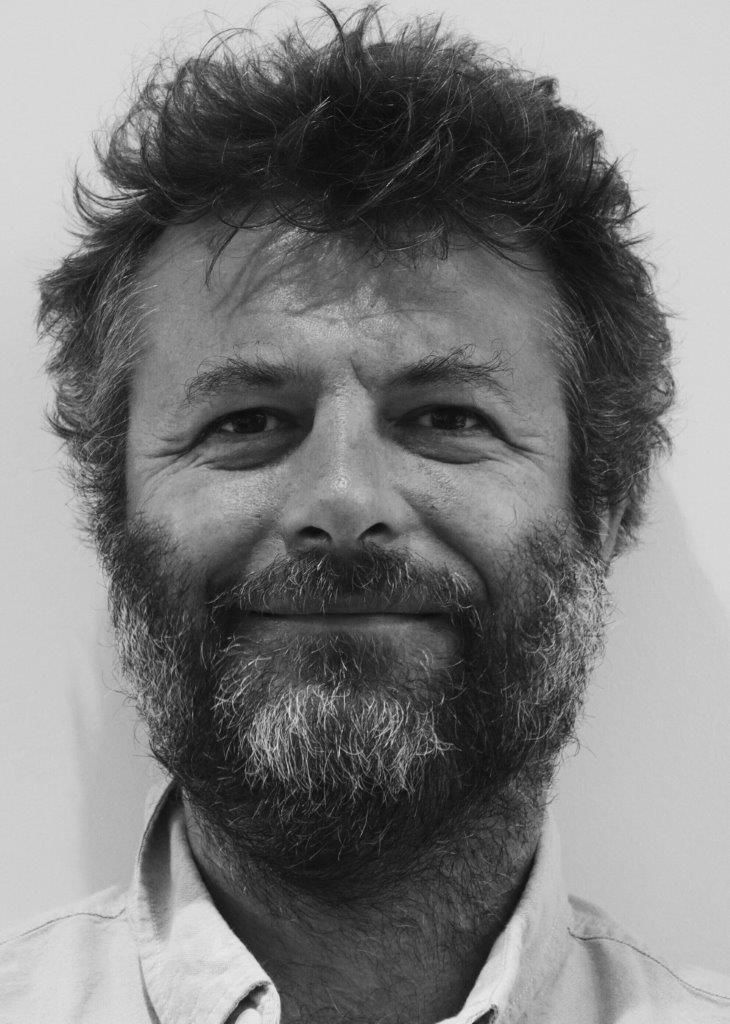 THJ Watson BVM&S MRCVS, Clinical Director of Medina Veterinary Group, has put forward his questions to the Fitzpatrick Referrals Neurology team that every primary care vet will want to know.

Together, the team took some time out to answer these questions. A big thanks to Tim who took time out of his busy schedule to share his thoughts!

As seen in the Vet Times

1. Should MRI be in the “minimum database” for all epileptics, just the insured ones, just the ones that fail to respond to first-line therapy, or any epileptic that initially presents over the age of four?

It’s a good question and actually quite difficult to answer! The likelihood of structural CNS pathology in a young to middle-aged dog (older than 6 years) with intermittent seizures (i.e. not clusters or status) and a normal inter-ictal neurological examination is actually very low; in one study abnormalities were only found in 3% of MRI scans from this cohort. So the argument in those cases isn’t particularly strong, however, a normal MRI is always useful and it can be really useful as a ‘baseline’ before treatment, particularly in patients we predict will have problems with seizure control. This would include patients who initially present epilepsy with a high seizure density and those of a breed who may be expected to suffer drug-resistant epilepsy more commonly. It may be that with time and more sensitive MRI technologies that we start to recognise abnormalities in epileptics that can help treatment options. MRI is always recommended in epileptics greater than six years as sadly some brain tumours and inflammatory conditions may be expected around that time.

2. Is a percussion hammer really a necessary piece of standard kit or will my blunt pair of mayo scissors work just as well?

A few of us find the handles of heavy scissors to be useful but it is easier with a hammer and compared to most veterinary equipment, this is a cheap addition to your kit. Having the limb relaxed and in a recumbent position, testing both the dependent and non-dependent limb, is key. One of the most important but sadly often missing tool in a standard kit is a bright penlight – it is not unusual for a pupillary light reflex to be reported as reduced when in fact the pupils were dilated because the animal was frightened and the battery in the freebie penlight picked up at that conference is “on its last legs”.

3. I have a Bell’s Palsy case and my homeopathic colleague has recommended “Causticum 30C.” Is there any evidence that this will be of benefit or is it just something to do whilst it resolves by itself?

We’re not aware that Causticum 30C has been shown to be beneficial in improving the rate of resolution of idiopathic facial paralysis. To date, no therapeutics have proven to help recovery in dogs with idiopathic facial paresis. Some cases will unfortunately not recover from this problem while the majority will improve with time although this can take months. It is not unusual for bilateral disease although not simultaneously.

4. Is SRMA in Duck Tolling Retrievers really triggered by vaccinating prior to 16 weeks of age or is it just a breeder’s thing?

SRMA is a poly-systemic immune-mediated disease; just like any other immune-mediated disorder, there may be a prior stimulus to the immune system to initiate the aberrant response. In the Toller breed, genetic studies have indicated several loci that increase risk of this and other immune medicated diseases. However environmental influences are undoubtedly important in triggering disease and we have seen several dogs with minor inflammatory conditions like tracheobronchitis and gastroenteritis go on to develop SRMA. So we could not definitively say that there is not an association with vaccination, although has not been proven. In people the link between vaccinations and immune-mediated diseases is controversial and in dogs, one recent study showed no significantly increased odds of having SRMA and being vaccinated in a 6 week period prior to development of the disease compared to a cohort of control dogs. However, occasionally we do see recurrence of SRMA soon after booster vaccination and so we often recommend caution in revaccinating susceptible dogs until they have been in remission for at least 12 months.

5. As a referral neurologist, is receiving videos of cases on email just a pain in the mail server or is it really of use?

Seeing videos definitely helps us form better advice for our referring vets – but only when we have the appropriate information to support the videos. In particular the signalment, when the events occur, if they are stereotypical, if the dogs can be distracted, what the neurological exam is like etc. One recent study showed that neurology specialists only agree on a diagnosis from videos alone in around 30% of cases so as long as we understand this limitation they will be useful and can give important information. Plus the cool ones (when consented) can be stored for CPD talks! However, sometimes it can be challenging time-wise to deal with complex “advice needed” emails with multiple attachments of history, laboratory results and videos that may need to be downloaded.

6. Typically how long from referral do you see a neurology case?

Currently, we aim to see all routine referrals within a week. We prioritise urgent and emergency referrals and see them at the first opportunity. 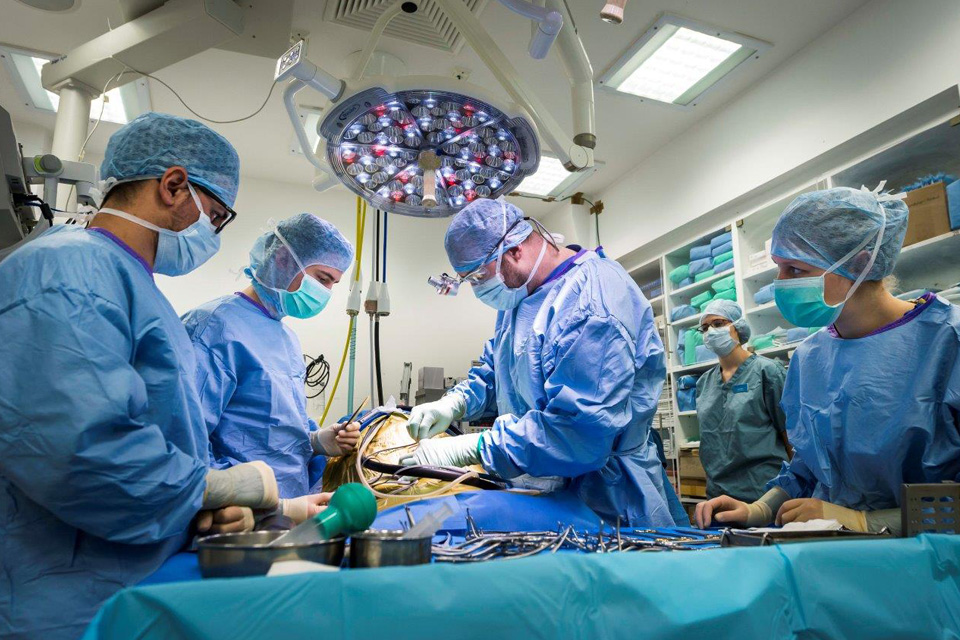 7. I have a 14-year-old female (neutered) Labrador with acute collapse, nystagmus and vomiting; given the acuteness of onset should I a) sit on it and wait for it to recover from assumed vestibular disease or b) refer urgently to check for a central lesion?

This is where the neurological exam and history are essential so you can localise the case and order the most likely differentials to decide which, if any, diagnostics you want to consider. The primary information would make you localise a cerebellar-vestibular lesion but the key distinction is whether this is central or peripheral. Central lesions should be diagnosed in the presence of abnormal mentation, abnormal proprioception, cranial nerve deficits (above and beyond those affecting the facial nerve or sympathetic input to the head), a nystagmus whose fast phase is not in the opposite direction to a head tilt and any other CNS signs on exam. They should also be suspected with a vertical nystagmus. In the absence of these signs, a peripheral vestibular lesion should be suspected. In this situation with an acute history, the most likely differentials would be idiopathic, inflammatory/infectious, traumatic and toxic. If you have nothing to suspect a differential other than idiopathic waiting would be the best thing to do. If the patient does have idiopathic vestibular dysfunction improvement should occur over a short space of time without therapy.

8. Are there any pointers as to prognosis for recovery in acute onset vestibular disease?

There are no definitive pointers to prognosis for recovery in acute onset idiopathic vestibular disease.

9. My patient with presumed epilepsy is way below the “therapeutic range” on testing phenobarbitone levels but when I cease the drug it immediately starts fitting again. Should I be concerned that I am working on a clinical response rather than “therapeutic level”? And if not, is there any point in a minimum therapeutic level being stated?

Therapeutic ranges for Phenobarbital were developed based on the pharmocokinetic in a small number of dogs. As such they cannot be relied on for the total population of dogs seen on this drug. As a result, you are better working on a clinical response in your patient. The therapeutic serum concentration are important for monitoring for risk for entering the toxic zone of Phenobarbital, deciding a drug has failed in the treatment of seizures and having a baseline so if seizure frequency alters you can assess if ‘resistance’ to the drug has developed. It is also worth saying that a vast majority of dogs require a serum concentration mid-way in the therapeutic range i.e. approximately 25mg/l or 120umol/l.

10. Does Imepitoin offer any real value over traditional Phenobarbital treatment? Every patient I have used it on seems wobbly for a couple of weeks, is this normal?

Case-selection is very important when selecting an anti-epileptic drug, as every individual is different. As a more targeted anti-epileptic drug, Imepitoin has a favourable side-effect profile although as you’ve experienced, side effects are possible and this includes sedation and ataxia. Imepitoin is an appropriate first-line therapy for patients with idiopathic epilepsy who suffer isolated, generalised seizures.

11. I have an insured patient with acute onset paraparesis and poor paw positioning tests. Is there any point in radiographing it prior to referral?

In acute cases, screening spinal radiographs are very important where significant spinal trauma has occurred (hit by a car, run head first into a door, dog bites). The identification of spinal fractures prior to referral can help us advise how a patient should be transported. Where significant trauma has not occurred, we find radiographs to be of limited value. In these cases, certain clinical characteristics are more important to the decision-making process. These include the onset (acute), lateralization (whether one pelvic limb is worse than the other), progression (whether the patient is the same, better or worse that after the onset of signs), the presence of spinal pain and obviously the patient signalment. Good examples include the dachshund that was found ‘off back legs’ at home one morning (radiographs to identify narrowed disc spaces or calcified discs are of no prognostic value) and the Labrador running in the park that has one affected pelvic limb without spinal pain (radiographs cannot identify vascular injuries to the spinal cord such as fibrocartilaginous embolic myelopathy).

As seen in the Vet Times

If you have any enquiries about our Neurology service, feel free to call us on 01483 423761 or email [email protected].