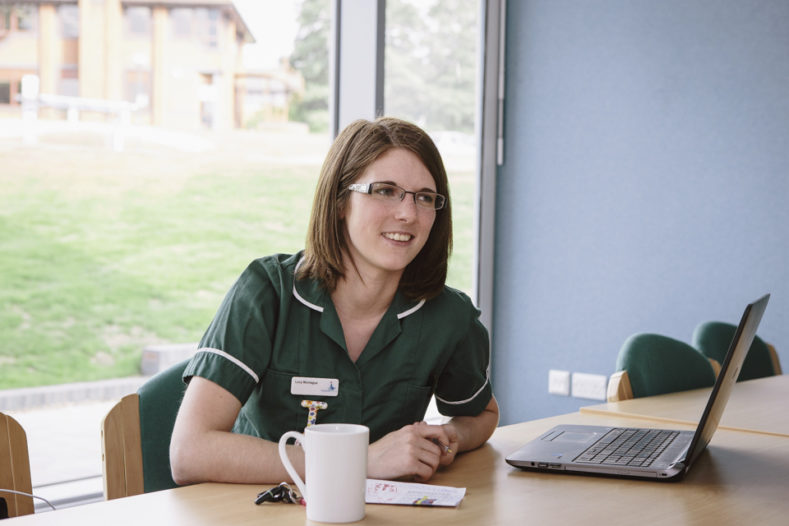 Lucy Montague is clinical nurse lead at Fitzpatrick Referrals Orthopaedics and Neurology. She joined straight after graduating from the RVC, and this year celebrates her tenth anniversary.

Here, Lucy tells VN Times editor Holly Kernot about her journey from the clinical floor to management, how she helps colleagues map their career journey and offers “top tips” for those looking to emulate her.

Speaking about her journey, from student to nursing lead, Lucy Montague said:

I always knew I wanted to be a head nurse, right from being a student. I feel lucky having always known what I wanted to achieve – and that, therefore, made my journey slightly easier. I knew from my training that I either wanted to work in a busy first opinion or referral hospital, or for a charity.

Fortuitously for Lucy, she spotted a job advert with Fitzpatrick Referrals after graduation and landed her dream job at “The Supervet’s” practice two days later. Keen to progress up the career ladder, she made it well known from the start what her ambitions were. “That allowed Noel and the head nurse at the time to support me and create that opportunity to get where I wanted to get to,” she explained.

Lucy’s chance came with the oncology and soft tissue hospital opening. She said: “Noel opened doors for me when the new hospital was created. He knew I wanted to become a head nurse, and I was the only one in the team who had expressed that interest. Therefore, it was a no-brainer for him to say ‘I’ve got this opportunity if that’s what you want.'”

Yet, while Lucy has always had a plan, she says it is fine if you do not know what to do next. Indeed, part of her role is to provide guidance and support to colleagues who are perhaps floundering and helping them navigate their career. 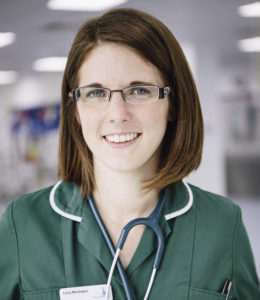 For me, the most rewarding aspect is the support and mentoring side of the job.

However, Lucy admitted guiding colleagues towards the best career path can be challenging. She said: “It can be a fine balancing act – especially if they suggest a role I don’t think they are perhaps best suited to. So it is about opening up opportunities for them and suggesting jobs perhaps they hadn’t thought of, saying something like, ‘have you thought about doing x, y or x instead? Because I see potential in you in that in that area.’ And it is rewarding when they come back saying, ‘you’re probably right – that is something I’d like to do.’ It’s also about encouragement, as some people don’t know they are good at something until you show them.”

When it comes to carving out a career path, Lucy explained it was very much about horses for courses. She said: “I have a friend who says she would hate to have my job, but is a fantastic senior clinical nurse in her own right and has been a great support to me. But at the same time, I would never try to push my role on to her, because that’s not what she wants to do. And that’s great because, if everyone was the same, you would have a team with big gaps. You need all those different skills and interests to ensure you have a capable team, and do the best job.”

Managing a team of more than 80 staff means Lucy has to be on point with her paperwork and appraisals. She said:

One-to-ones and appraisals are really important as they give your staff a sense of appreciation, a chance to have a voice and they also ensure things don’t get bottled up.

A lot of Lucy’s time is spent authorising holiday; implementing new structures, protocols and processes; and recruiting and training those they employ. A recent achievement saw Lucy and her deputy overhaul the induction and training protocols so that they better retain their staff because, as she readily admits, the profession is suffering from a retention and recruitment problem. Perhaps one of the reasons for this, Lucy suggested, is because RVNs are not well enough informed about the plethora of exciting roles available to them on graduation. She said: “I hear time and again nurses saying ‘I am going to leave the profession because I don’t have job satisfaction, I don’t know what to do now, I am bored and have reached the pinnacle of my career,’ and I think that’s really sad because there are so many options out there, and perhaps they haven’t had that supportive team around them.”

The challenge of retaining staff is amplified at referral hospitals due to the nature of the staff within them, Lucy said. For, while a mix of new recruits from different backgrounds, and at various stages of their careers means a varied and capable workforce, it also means she has to be perceptive to their individual needs.

She said: “Coming from a primary care setting, for example, can mean the work is very new for some nurses, so we have to provide bespoke support and a training programme that brings them into line within a certain amount of time, so they begin from the same starting block. In return, they don’t feel they are drowning in work because they have that support and quickly realise that, actually, they do know a lot and can do the job.”

Lucy said more needs to be done to advertise the vast range of job opportunities open to a qualified veterinary nurse – not just in schools and colleges, but to vet nurse students too.

I think people very much think of the veterinary nursing career as working in a primary care hospital, when actually, there are so many other opportunities out there. It wasn’t until I stepped into a referral hospital in my training that I learned about such an offering and thought, this is another universe. That’s when I decided, if I had the opportunity to work in referral, I would grab it. Before that, I never knew RVNs could specialise in niche areas.

That is not to say Lucy is against first opinion hospitals, though, acknowledging many people spend their careers happily within them, but she said there is another world out there that just doesn’t get portrayed.

Another problem is that there are many myths surrounding careers in referral hospitals. Expanding on the point, Lucy said: “There are lots of myths out there that cause some people to think they aren’t intelligent enough to work in a referral hospital, we work ridiculously long hours or the vets have massive egos. These are misconceptions, of course, but they do put people off applying. At the same time, referral practice isn’t for everyone and lots of nurses are adept to work in primary care. But I do think people are leaving the profession prematurely when perhaps they haven’t explored all the possibilities, including referral hospitals, when taking on such a role could actually give job satisfaction and rejuvenate the passion.”