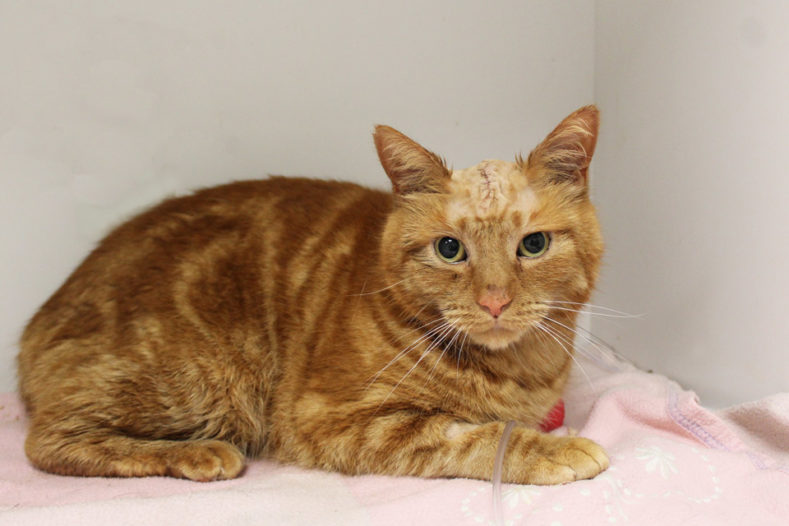 Branson recovering in the cat wards at Fitzpatrick Referrals two days after brain surgery to remove a benign tumour.

Eight-year-old Branson is a friendly cat from West Sussex who was referred to our neurology team as an emergency after he began rapidly deteriorating.

Mum Sue describes Branson as the boss of his household and lives with his feline siblings Dexy and Bailey. He was named after Richard Branson for being such an adventurer.

A few weeks before his referral, Branson’s behaviour changed and he started circling to the left, he would stop and stare, lick his lips and was very vocal so his mum Sue took him to see their local vet, who suspected he also lacked vision in his right eye. Initially, it was thought that he may have an inner ear infection. The day before his referral he deteriorated, becoming unstable on his feet, more vocal and circling more.

Under the care of Senior Surgeon Guillaume Leblond, Branson had an MRI scan of his brain which identified a mass on the left side of his brain, consistent with a meningioma or other extra-axial tumours. An extra-axial tumour is one that is growing outside of the brain tissue under the skull. He then had a CT scan which helped Guillaume to plan Branson’s brain surgery. 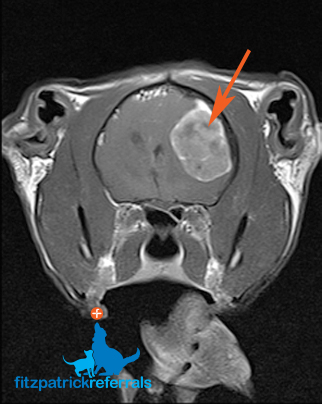 Branson’s MRI scan showed a large mass on the left side of his brain. 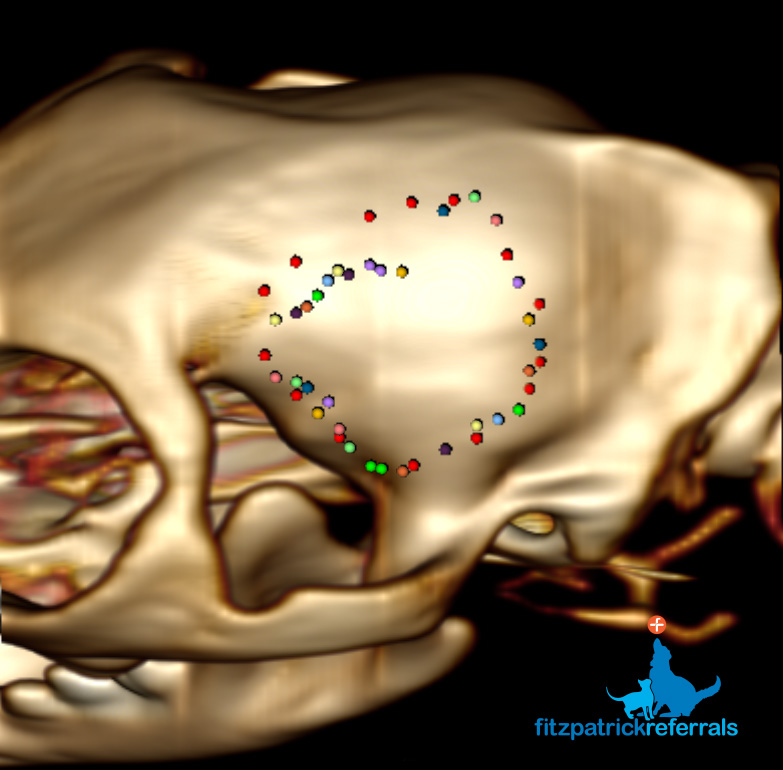 After Guillaume had discussed the options with his family, Branson underwent surgery the same day to remove the tumour, as the prognosis for long term recovery following the removal of a meningioma is often good in cats with reported median survival times exceeding two years in larger retrospective studies. The tumour was removed via a large craniotomy, which involved removing a section of bone in his skull to access and remove the mass in one piece. 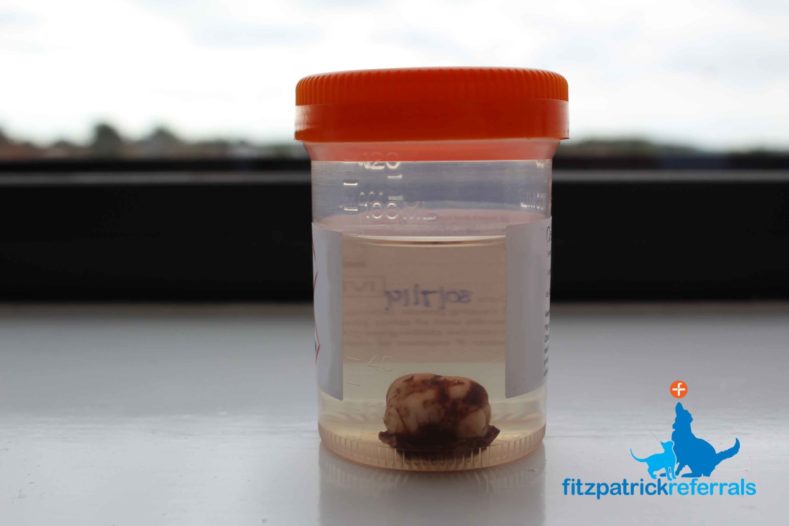 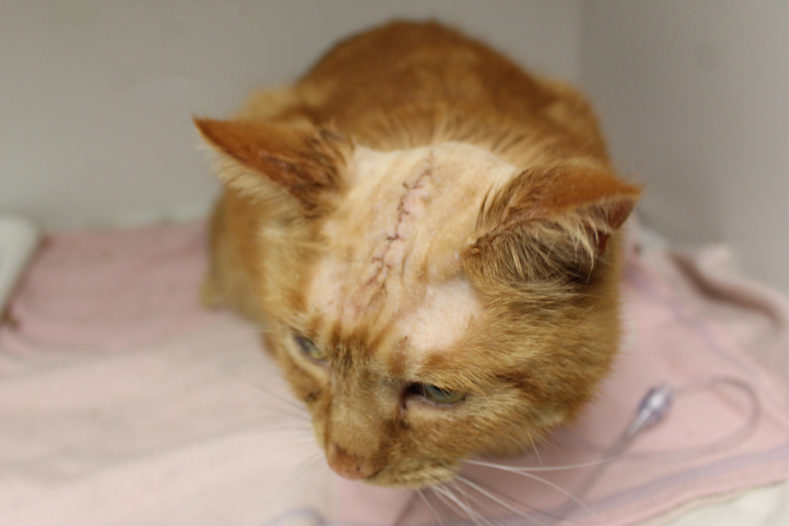 Close up of Branson’s scar two days after surgery.

Initially, Branson’s neurological status worsened after surgery, which was expected, with increased circling and vocalisation, but he rapidly improved with his previous signs reducing and after spending three days recovering in our cat ward and he was ready to return home to Sue. Pathology tests confirmed the tumour was a benign (non-cancerous) low grade meningioma tumour, so the prognosis for Branson is likely to be positive for the few years ahead. 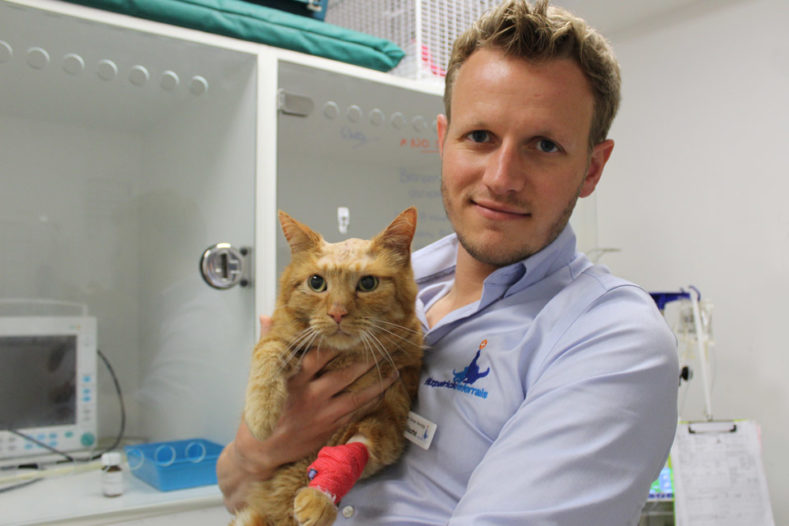