The FORWARD Symposium is back on Sunday 5th February with a new line-up of speakers and fresh topics in a unique one-day event which will guide you on the best techniques to manage, treat and prevent injuries in agility, working and recreational dogs. The speakers will share their world-class knowledge and advice on achieving and maintaining your dog’s peak fitness, and most importantly the best options for treatment and rehabilitation to bring your dog back to top condition. See full conference programme.

The FORWARD Symposium is delighted to announce their speaker line-up for 2017, including: 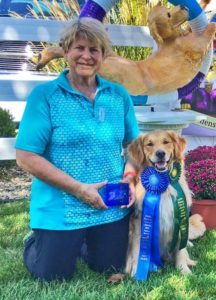 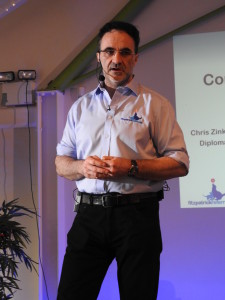 Noel has treated working dogs all of his career and is one of the leading orthopaedic and neuro-surgical specialists in the UK. He is also the Principle of the Fitzpatrick Referrals Sports Medicine and Rehabilitation Facility and he is the only RCVS approved orthopaedic specialist who is also boarded by examination with the American College of Sports Medicine and Rehabilitation. Noel is Managing Director of Fitzpatrick Referrals who are gaining a rapidly growing reputation among the working dog community for their treatment and rehabilitation back to competition of many successful dogs. 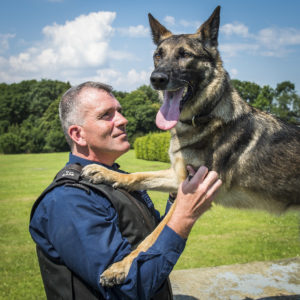 Ray is a dog handler and instructor at The Metropolitan Police Dog Training Establishment in Keston. He was a Police Officer for 26 years before becoming a Dog Handler for a further 15 years. After working at West Hampstead Police Station from 1991 until 1995, he then became a Territorial Support Officer from 1995 until 2002. In 2002, he moved into the dog section with an explosive search dog for 5 years. Since then Ray has worked with 2 German Shepherds, one being a firearms support dog and the other a victim recovery dog. He has also worked with a passive drugs dog during the London 2012 Olympics and a firearms, drugs and cash dog who has recently retired. He won the Metropolitan Police Trials in 2016, and has been to the National Police Dog trials twice coming 12th in 2014 and 6th in 2016. 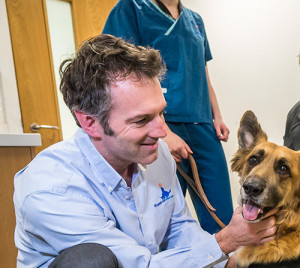 Nick qualified from Cambridge Vet School in 1997 and after two years in general practice returned to Cambridge as the Petsaver’s resident in Soft Tissue Surgery and Oncology. He then spent two years in soft tissue referral practice in the UK. In 2005 he started a 12-month Fellowship in Surgical Oncology at the Animal Cancer Centre at Colorado State University and then joined the Faculty at the University of Florida College of Veterinary Medicine, working in the Oncology department as one of three surgical oncologists, becoming Head of Oncology in 2011. Nick is the current President of the Veterinary Society of Surgical Oncology and an ACVS Founding Fellow in Surgical Oncology. He is a Diplomate of the European (2003) and American (2009) College of Veterinary Surgeons and is the only surgeon in the UK to have completed a Fellowship in Surgical Oncology. In line with this he is the only vet in the UK to be awarded Specialist status in Small Animal Surgery (Oncology) by Royal College of Veterinary Surgeons. 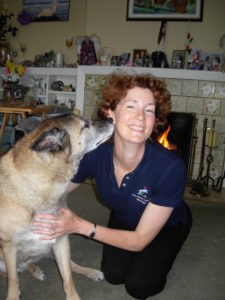 Nicola Way has been massaging animals for over 16 years providing relief from torn and over-used muscles, trapped nerves, degenerative conditions, herniated discs, neurological deficiencies, arthritis, postural complaints, stress, anxiety, digestive disorders, and more. She is trained in deep tissue massage through the Northwest School of Animal Massage, Tellington Touch through the Greyfriars Rehabilitation and Hydrotherapy Centre in the UK, and is accredited in functional indirect techniques including cranio-sacral and osteopathic modalities, and manual ligament therapy. 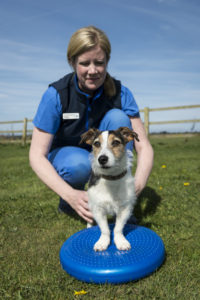 Fiona graduated as a Chartered Physiotherapist in 1994 and worked in the NHS and private sports clinics until 1997. Her interest lay within the orthopaedic and outpatient sectors where sports injuries are common. Fiona underwent a post graduate training to specialise in animals which started in 1997 and was based in Hampshire, although it took her all around the country to study alongside different vets and physiotherapists. Once qualified as a Cat A ACPAT Veterinary Physiotherapist Fiona developed her very own successful animal physiotherapy practice for many years, and indulged her craving for more knowledge by travelling to the USA on several occasions to attend specialist courses in neurology and neuro – orthopaedic practice. At Fitzpatrick Referrals, Fiona has a clinical responsibility to both the in-patients and out-patients, and she equally enjoys her role as head of Rehabilitation Service and supporting her team of Chartered Physiotherapists.

Don’t miss out on this unique Symposium in February 2017. 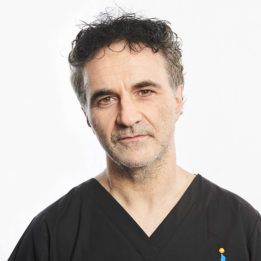