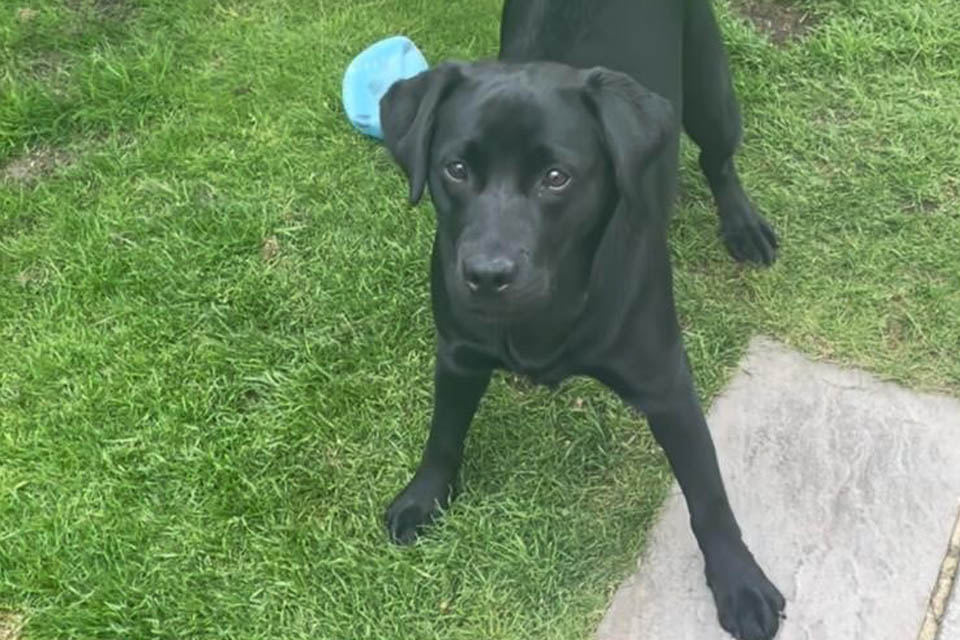 11-month-old Black Labrador Daisy at home in the garden.

Daisy is a lovely 11-month-old Labrador puppy who has been struggling with incontinence. Her mum noticed that Daisy seemed to be leaking urine all the time, whether lying down or up and about.

She showed no signs of any other issues, but her mum decided to take her to their local vet to investigate what was going on.

It was quickly suspected that Daisy could have a congenital condition known as ectopic ureter, where the vessel carrying urine from the kidney to the bladder does not enter the bladder in the correct place, instead it opens directly into the urethra, bypassing the point where the body is able to control the flow of urine. The condition is more prevalent in females, and one or both ureters can be affected.

As dogs are born with this condition, it can often be missed while they are young and put down to house-training issues. Daisy was past this stage though, at 11 months of age, so it was clear something else was amiss.

She was referred to our Guildford hospital, to be seen by our interventional radiology team, led by specialist, Dr Gerard McLauchlan, for further investigations and to determine a plan of action. 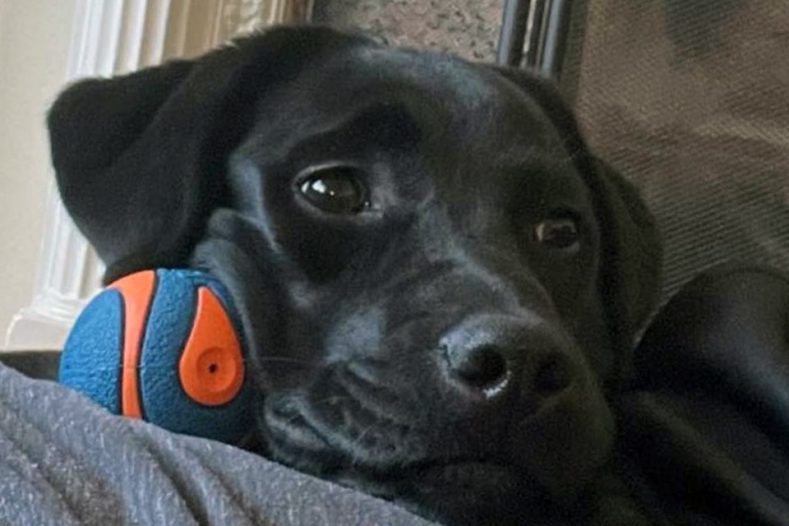 Daisy at home with her favourite ball.

A preliminary ultrasound increased the suspicion that an ectopic ureter was the issue, but further imaging was necessary to ascertain the type she had.

Daisy returned to the hospital the following day for a procedure known as cystoscopy, where a catheter is placed, sending contrast into the body. Fluoro, a type of radiation that works like a real-time x-ray, was then used to see where the contrast was going.

It was a surprise to discover that not only were both of Daisy’s ureters ectopic, but she also had one of each type! This is unusual to see.

A future date has been arranged for surgery to correct Daisy’s condition. We look forward to seeing her again and helping to improve the quality of life for her and her family!