Cookie, an excitable Cocker Spaniel has been partially paralysed in her back legs since birth. She was rescued by Fay and her daughter Ellie and has been given treatment by the specialist Neurology team at Fitzpatrick Referrals.  Cookie manages to get around, but her feet are prone to infection as she has no feeling in them and they scuff on the floor when she walks. She is brought in to see if Professor Noel Fitzpatrick can fix her problem by fitting two bionic back feet.

18 month old Cookie lives in Kent with Fay and Ellie. Ellie found Cookie on Facebook when the little pup was just four months old. She had severely disabled back legs and needed a home. Ellie and Faye instantly fell in love with her and they took her in to join the family.

Cookie was referred to the Fitzpatrick Referrals Neurology team in 2014 to investigate the cause of her paralysis, and it was discovered that she had a cyst pressing on her spinal cord. The cyst was drained but the nerves were so damaged that she remained paralysed in the bottom part of both hind legs. Read about Cookie’s Neurology treatment. 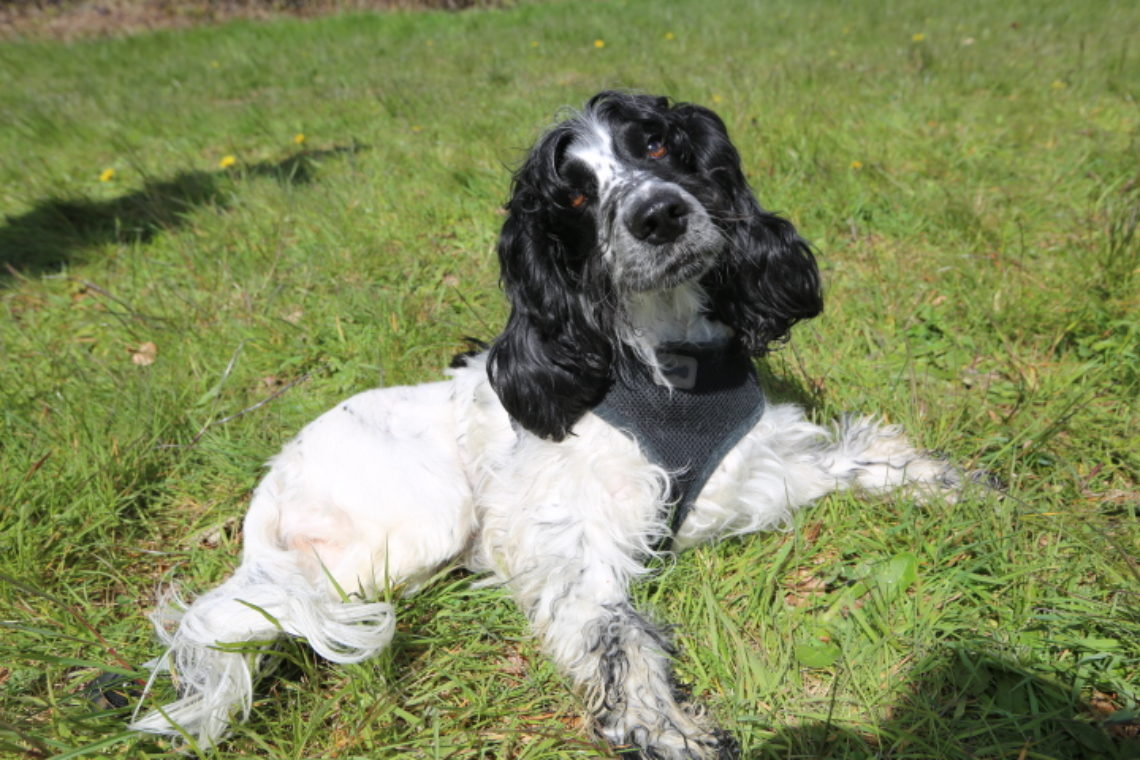 A year on, Cookie had regained some use of the top part of her back legs, but her feet never regained feeling. Fay and Ellie brought Cookie back to Fitzpatrick Referrals once she was fully grown with the hope that Professor Noel Fitzpatrick could give her a bionic solution, by fitting her with two prosthetic feet. Noel is the only vet that offers this treatment for animals.

Cookie was scanned and assessed for a PerFiTS – a uniquely designed prosthesis incorporating the joining of an endoprosthesis and exoprosthesis. Fitzpatrick Referrals has spent years pioneering the technology used in the design and manufacture of the PerFiTS (Percutaneous Fixation To the Skeleton) amputation endoprosthesis.  The implant, although small, is packed full of groundbreaking technology. Special coatings on the implant allow the patient’s bone to incorporate into the metal of the implant meaning the implant becomes a physical part of the patient’s skeleton. Further specialist coatings at the interface where the implant passes through the skin allow the skin cells to incorporate onto the metal ensuring that a robust, bacteria proof, seal forms between the skin and the implant. The portion of the implant that passes through the skin allows an exoprosthesis, or foot, to be attached to the endoprosthesis. 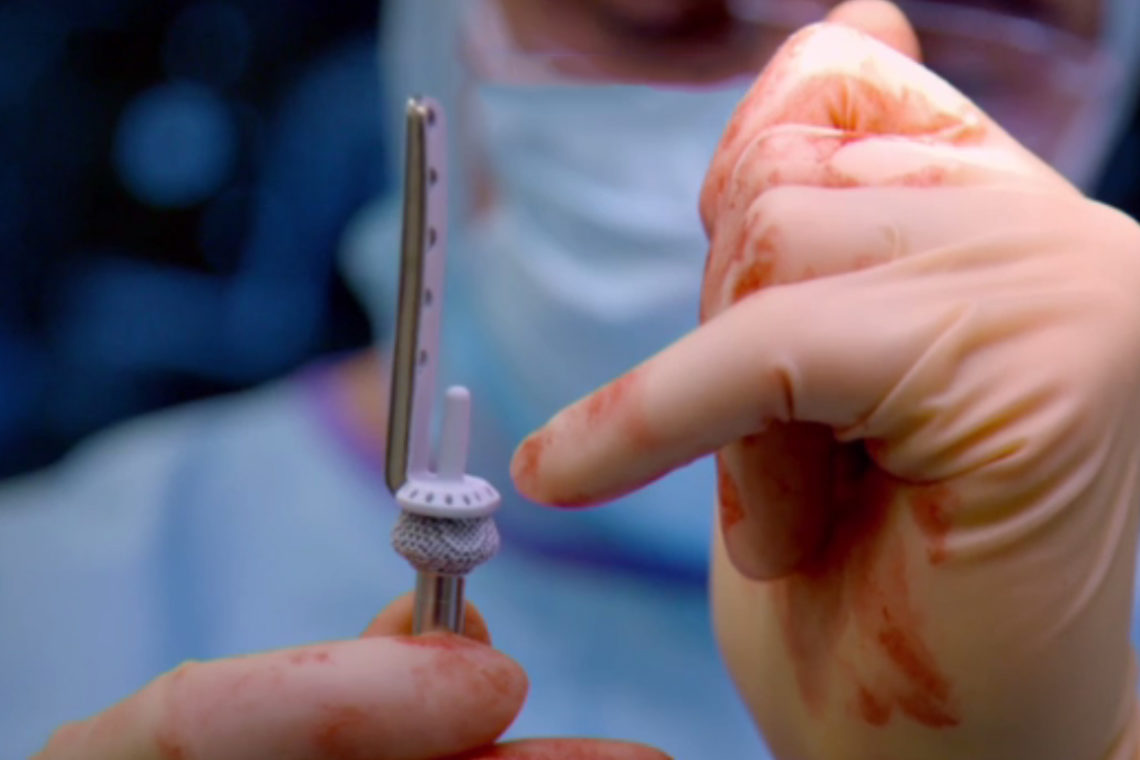 However, further issues arose when Noel x-rayed Cookie’s hips. Cookie was affected by hip dysplasia in both hips, a condition where her joints don’t fit together properly causing her ongoing pain and she was already affected by very severe osteoarthritis. Cookie’s hip joints had worn down so much that the ball-and-socket bones ground against each other causing her severe pain.

At this point, Noel, Fay and Ellie needed to seriously consider the ethics of the series of challenging surgeries facing Cookie. Euthanasia was an option, but for Faye and Ellie it was an easy choice, Cookie was so full of life and joy they wanted to do everything possible to get her out of pain so she could enjoy life once more. 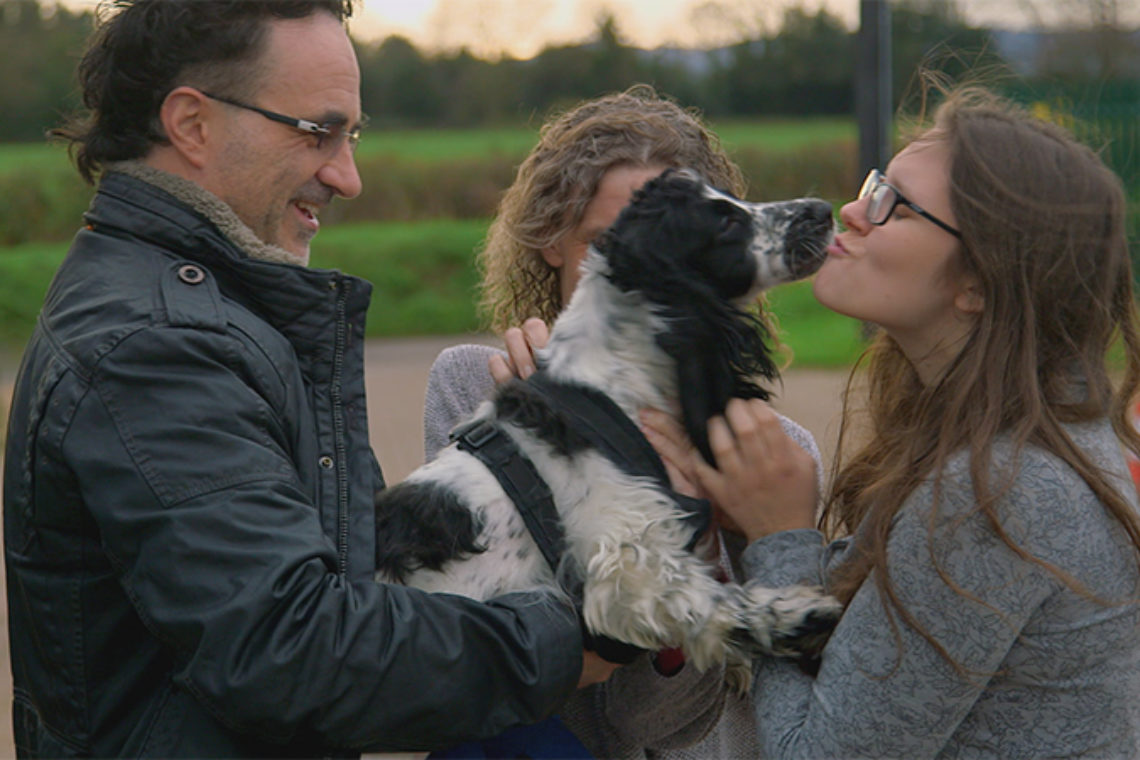 Cookie’s first life-changing surgery was to give her new feet. Cookie remained at the practice for 6 weeks to ensure that the implants were healing in the bottom of her shin bones, and thankfully the bone and skin fused well to the implants.  Cookie was up and about on her new feet almost straight away.

Once she was strong, Cookie then had two total hip replacements, a procedure, which involves cutting out the whole of the diseased hip joint. The top of the femur, the femoral head (ball) and acetabulum (socket) are all replaced with metal and plastic implants and relocated to move as before but without pain.

Cookie had a number of sessions of physiotherapy and hydrotherapy to build the strength in her hind legs, and a few months later Cookie had gone from strength to strength.

Today, Cookie is a rocket-fuelled bundle of joy and has a tail wag for everyone she meets. She should now continue to live a life of normal length without pain with her loving family, even though she will never walk perfectly due to the significant damage to her spine in early life.